The police on Wednesday arrested three doctors in connection with the death of a woman and her newborn following complications during childbirth at Thangam Hospital here in July.

The death of Aiswarya, wife of M. Ranjit from Chittur-Thathamangalam, had kicked up a furore, with many raising banners of protest against the doctors and the hospital. The government had ordered an investigation by a medical board.

The police arrested gynaecologists Priyadarshini, Nila and Ajith S. after the report submitted by the medical board found that Aiswarya was a victim of medical negligence. The arrested doctors were later released on bail.

The medical board had found that the attempts of the doctors to suck out the child using vacuum led to irreversible complications. While the child died following a nuchal cord (when baby’s umbilical cord becomes wrapped around its neck), heavy bleeding triggered by vacuum led to the mother’s death.

The report has also blamed the hospital authorities for the delay in informing the family of the woman of the details of her health condition. The police questioned the three gynaecologists before arresting them.

The baby died on July 2 and the mother on July 4. The police registered a case against the hospital and the three doctors following widespread protests.

However, the Indian Medical Association (IMA) reiterated that there was no medical negligence on the part of the gynaecologists. It said that holding the doctors responsible for the death of a patient would only destroy the morale of doctors in general.

The IMA said it would lent full support to the doctors held responsible for the deaths. The IMA issued the statement when the police said they would summon the three doctors again for further questioning. 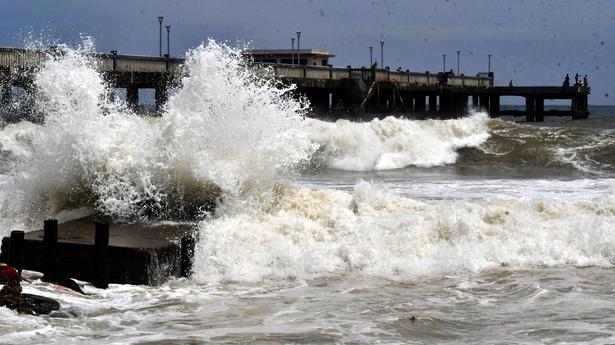 Yellow alert in capital till May 21

Government exploring possibility of restructuring scale of finance for crops