Of course, we waited until the very last day of 2022 for this. Without further ado then:

Director Charlotte Wells gives us one of the most piercing debuts in recent memory with this intimate dad-daughter relationship drama. Set in the 90s at a Turkish resort, 11-year-old Sophie (Francesca Corio) and her divorced father Calum (Paul Mescal who even manages to outdo his Normal People performance) are having a normal-enough, cheerful-enough summer holiday. But there’s something lurking under Calum’s charming persona; and when revealed, it isn’t dramatic, scary or even surprising… it’s just astonishingly heart-breaking.

Everything Everywhere All at Once

Michelle Yeoh finally gets a role this decade that pays tribute to her rare talents, and absolutely owns it as Evelyn, a frustrated laundromat owner who ends up entering a multiverse of… well, Evelyns, who range from being kung-fu masters to movie stars. The often-shifting universes are a little much as times — as are the chaotic cosmic battles — but Yeoh’s incredible comic timing and filmmaker duo Daniels’ ability to ensure that deep down Everything… is a relatable family and relationship drama, make it one hell of a watch.

Eega might still be his most ingenious creation, and the Baahubali movies certainly took the cake for being more grandiose. But SS Rajamouli delivers his most complete, his most Rajamouli film yet — making the most of the lavish budget afforded to him — with RRR, a historical feature about two Indian revolutionaries in the 1920s rebelling against the British Raj.

The film that made “pan-Indian” one of the phrases to remember (and detest) in 2022, RRR is part-testosterone-fuelled action-fest, part-friendship drama, part-romantic musical and part-freedom epic. It’s manic, it’s magical and it’s delightfully mind-numbing in the way only Rajamouli can. Bring on the Oscars.

Steven Spielberg gives us his most personal film ever with this semi-autobiographical drama about a young kid — an aspiring filmmaker — who falls in love with the movies, while navigating his own growing-up years and the dysfunctional family around him. Armed with a cast that deliver some of their best performances — Paul Dano, Seth Rogen, Gabriel LaBelle and Michelle Williams (already an Oscar favourite) — Spielberg gives us a nostalgic, warm trip down (his own) memory lane, while steering clear of the saccharine sentimentality that tends to infuse such tales.

The Banshees of Inisherin

Martin McDonagh reunites his In Bruges co-stars Colin Farrell and Brendan Gleeson for one more merry (depends on how you look at it) canter across the Irish coast, in a fascinating examination of male loneliness and hurt feelings. Set during the civil war of 1923, this oddball tale is laced with the quintessential dark humour that McDonagh so revels in, and builds into a sad, haunting, wretched, even comedic climax, that surely heralds Colin Farrell (right after his stunning turn in Kogonada’s After Yang) as post-pandemic Hollywood’s most eminent actor.

A sequel to Top Gun 36 years later? Spending millions on capturing flying fighter jets battling and crashing into each other for audiences now attuned to the Marvel-DC superhero vortex of action sequences? Hope that the leading star’s considerable amount of charm would be able to deviate everyone from the impossibility of the script’s plot (holes)?

But everything worked. And how. 2022’s biggest blockbuster was a just reminder of how Tom Cruise remains capable of single-handedly carrying a flimsy storyline on his handsome, bruised shoulders. Maverick dished out generous amounts of bromance, action, and a truly-immersive narrative in swashbuckling style, and Cruise’s iconic grin was still the greatest thing to take away from it.

Park Chan-wook takes a classic tale of star-crossed lovers and gives it a new spin in this murder-mystery romance saga of a detective falling for his suspect. In Busan, an insomniac Hae-jin is called upon to investigate the death of an older man who is found dead at the foot of a mountain; he then meets the victim’s young widow Seo-rae, who raises his suspicions – and interest. The wonderfully-constructed set pieces, captivating cinematography, outstanding acting (Tang Wei, in particular) and the intense sexual tension further add to the intrigue and manipulation, and Park, who won Best Director at the 2022 Cannes Film Festival, is an Oscars frontrunner as well.

This might be a surprising addition to the list, but actor-director Cooper Raiff, whose 2020 debut Shithouse still remains a better film, surely deserves his place for this Sundance darling which is Hollywood’s best outright coming-of-age indie in recent years. Stirringly reminiscent of Zach Braff’s genre-defining Garden State — and with as popular a soundtrack to boot — Cooper stars as Andrew, a young college grad, lost and confused in life, who comes across the beautiful Domino (a ravishing Dakota Johnson adding the necessary amount of sheen to the feature) and her autistic daughter Lola (a superb Vanessa Burghardt).

It isn’t long before sparks fly, and while Cooper is always just content enough to scratch the surface of this complicated relationship-to-be and keeps it from exploring deeper, more complicated themes, Cha Cha… remains an absolute, if indulgent, breakthrough delight at its best.

Having more in common with del Toro’s own Pan’s Labyrinth than any Pinocchio adaptation before this, the modern-day Mexican auteur reimagines the children’s tale into something much more sinister, serious and politically-inclined. Set in Fascist Italy, this is a dark, surreal yet emotionally-uplifting take on the wooden puppet who comes to life for the carpenter Geppetto, after the latter’s son is killed by a bomb during World War One. With spellbinding stop-motion animation and incredible voice-acting (Ewan McGregor as Sebastian J. Cricket takes the cake) del Toro conjures up some of the year’s most fascinating scenes in his film… such as Pinocchio dancing for Mussolini.

Easily the best film in the Predator franchise since the original, this prequel is brilliantly directed by 10 Cloverfield Lane filmmaker Dan Trachtenberg, with a home run of a star turn by Native American actor Amber Midthunder. Following the story of Naru, a young Comanche woman in  the 1700s, who has to fight everything from sexism in her tribe to French fur traders to, of course, the terrifying alien hunting everything it sees, Prey is always stylish, sentient and swaggeringly-slick — but in the best way possible.

Avatar: The Way of Water 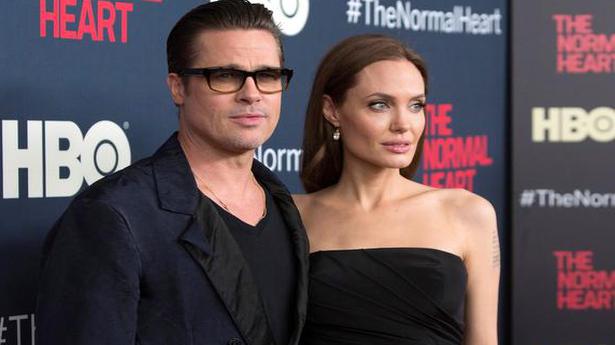