A study spanning 13 years has shed interesting light on flowering in Melocanna baccifera, a tropical bamboo species that has long fascinated researchers for its association with the occurrence of ‘bamboo death,’ ‘rat floods’ and famines in northeast India.

Among other things, researchers detected a correlation between the sugar content in the fruit of Melocanna baccifera and the frenzied feeding and population boom in rats during ‘Mautam’, the cyclical, mass bamboo flowering that occurs once in 48 years.

Researchers observed and listed a surprisingly large variety of animal visitors/predators attracted by the fruit and flowers of this bamboo. They also reported the highest-ever fruit production in a bamboo clump (456.67 kg).

The Jawaharlal Nehru Tropical Botanic Garden and Research Institute (JNTBGRI), Thiruvananthapuram, conducted the study between 2009 and 2022 at its Bambusetum where the species was introduced during 1988-1996.

A paper on the findings by K. C. Koshy, B. Gopakumar, Antony Sebastian, Ajikumaran Nair S., Anil John Johnson, Balaji Govindan, and B. Sabulal (director, JNTBGRI) has appeared in the scientific journal PLOS One on November 16.

Called ‘Muli’ in northeast India, Melocanna baccifera is the largest fruit-producing bamboo and is native to the northeast India-Myanmar region. During its gregarious flowering, the bamboo produces large fruits which draw animal visitors/predators. Of these, black rats greatly relish the fleshy, berry-like fruit. During this period, they also multiply rapidly, a phenomenon dubbed as ‘rat flood.’ Once the fruits are gone, they start devouring standing crops, causing famines that have claimed thousands of human lives.

Earlier, it was presumed that ‘high protein in fruits/seeds’ was attracting the rats. However, a JNTBGRI study in 2016 that was part of the research found that the fruit actually contains very little protein. The predation is mainly due to the high content of sugars.

‘’The fruit chemistry has a significant role in the predation, as fruits are consumed by predators based on their taste preferences to fruit sugars at various growth stages,’‘ the researchers noted.

The flowering phenology and fruit production dynamics revealed through this study are helpful to foresters and people involved in the conservation of this bamboo, the JNTBGRI said. Further, the study on fruit chemistry and its links to predation and ‘rat flood’ could help identify biomolecules useful in medical research, it added.

The study was funded by the Science and Engineering Research Board (SERB), the Department of Science and Technology, the Government of India, and the Kerala State Council for Science, Technology and Environment (KSCSTE) under the Kerala government. 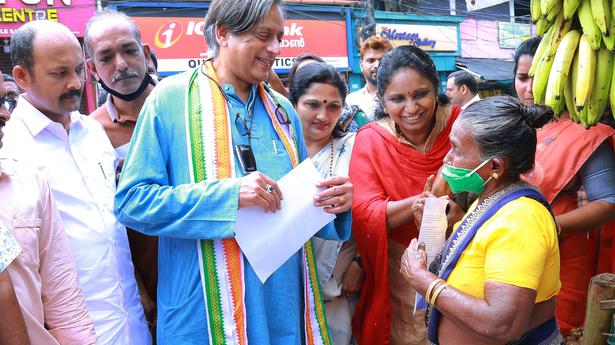 UDF to use SilverLine as a wedge issue in Thrikkakara

NMC bats for integration of modern medicine with Ayush