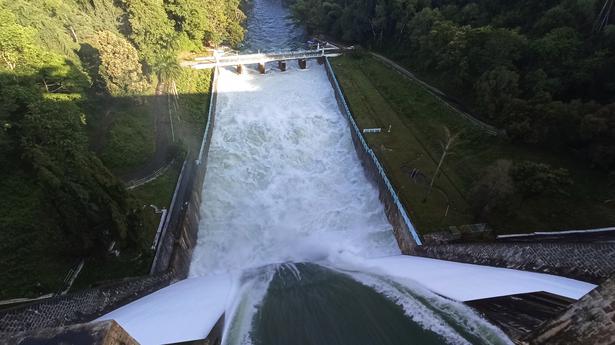 Kerala to write to Tamil Nadu after visit by expert team, Minister rules out concerns over Kerala dams

Kerala to write to Tamil Nadu after visit by expert team, Minister rules out concerns over Kerala dams

The spillway damage in the Parambikulam dam did not swell the rivers in the district on Wednesday, although there were fears about flooding. The district authorities had warned the people living on the banks of the Bharathapuzha, especially in Chittur and neighbouring areas.

Tribal families in Parambikulam were evacuated after the dam’s shutters were damaged on Tuesday night, causing continuous release of 20,000 cusecs water.

Minister for Irrigation Roshy Augustine said that a team of experts from Kerala would visit Parambikulam Dam soon. The State will respond on the basis of the expert team’s report.

He said the Kerala team would join an expert team from Tamil Nadu led by their Minister for Water Resources, and would respond realistically to the demands of Tamil Nadu. He said Kerala would write to Tamil Nadu on the basis of the expert team’s feedback.

Mr. Augustine said that the water being released from the dam had reduced to 15,200 cusec, and that there was nothing to worry.

However, the Minister indicated that the Kerala State Electricity Board (KSEB) would suffer a heavy loss because of the loss of water that could be used for power generation.

Mr. Augustine said that when Parambikulam and Thoonakkadavu dams had released more than 32,000 cusecs water a few months ago, it did not cause any danger.

Ruling out the concerns about the safety of shutters in Kerala dams, Mr. Augustine said that technical experts would regularly examine the dams every year before the monsoon. Protests erupt as LMS church is made cathedral