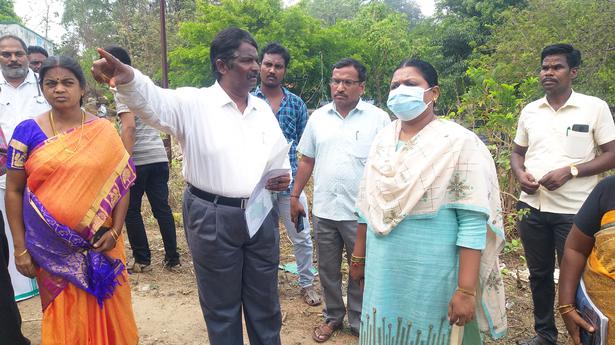 Work on the construction of a sub-health centre in Kurumalai, a tribal hamlet near Anaicut in Vellore, began on Wednesday.
This comes a day after The Hindu published a news report of a 31-year-old tribal woman L. Soundarya, who had to be carried on a makeshift cloth stretcher from Vellakal, a tribal hamlet in Athiyur village panchayat on the Kurumalai hillock, to the foothills for treatment. She was treated at a private hospital in Usur village, around 15 km from Athiyur, in Anaicut, near Vellore, due to lack of proper sub-health centres in the tribal villages on the hillock.
Subsequently, a team of senior officials from various departments including health, revenue, social welfare, forest department and rural development in the district administration inspected Kurumalai hamlet on the hillock on Wednesday to assess the possibility of providing road access to remote tribal hamlets on the steepy hillock. The inspection was also aimed at kickstarting the work for the sub-health centre. “We have identified government land for the new sub-health centre in the hamlet. Work on the new facility will be completed in three months,” K. Arthi, Project Director, District Rural Development Agency (DRDA), told The Hindu.

Sanctioned around an year ago at a cost of ₹11.8 lakh, the new sub-health centre got stuck due to concurrence from the State Forest Department as a portion of 30 cents of land that was identified for the purpose earlier comes under the Kurumalai reserve forest (RF). As a result, revenue officials identified an alternative plot of 6,000 sq ft that belongs to the State government in the tribal hamlet to start the construction on Wednesday.

Meanwhile, the existing make-shift health centre will be run on a portion of the government school in the hamlet. “A medical team including the doctor and support staff were provided with a jeep for transport by the Anaicut Panchayat Union (Vellore),” said K. Banumathi, Deputy Director (DD) of Health Services (Vellore).

During the inspection, the team led by DRDA’s project director, Arthi, also surveyed the existing pathway that is meant for livestock from Kurumalai hamlet to Vellakal hamlet, a distance of around 2.5 km, to lay a bitumen road. Road inspectors took measurements of the steep hillock at every 50 metres to assess the possibility of road formation. Of the 2.5 km pathway, two km comes under reserve forest with only three feet of width available.

Officials said that under the Forest Rights Act (FRA), 2006, the District Forest Officer (DFO) can give a nod for land acquisition in a reserve forest up to one hectare. At present, the DRDA needs 0.6 hectares of land from the RF to widen the existing 3-foot-wide pathway into a 10-foot bitumen road to provide an access route for residents in Vellakal hamlet to Kurumalai. As a result, a meeting between the DFO (Vellore) and the district administration led by Collector P. Kumaravel Pandian will be held soon to expedite the paperwork for the road work, officials said. 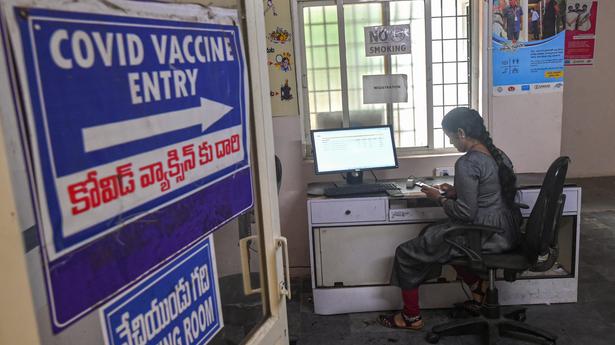 Visakhapatnam: long COVID symptoms are a cause for concern, say doctors