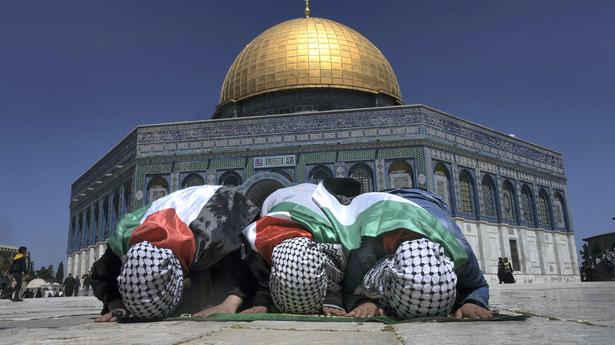 Israeli police entered the Al-Aqsa Mosque compound on Sunday, April 17, which led to another round of clashes with Palestinians

Israeli police entered the Al-Aqsa Mosque compound on Sunday, April 17, which led to another round of clashes with Palestinians

The story so far: In the latest bout of tensions between the Israel government and Palestinians, at least 152 Palestinians were injured in clashes with the Israeli police in Jerusalem’s Al-Aqsa Mosque compound on Friday, April 15. The Israeli forces fired rubber bullets, stun grenades, and baton-charged the Palestinians, who the forces said hurled stones and firecrackers at them and toward the Jewish prayer area of the Western Wall.

The Israeli Prime Minister Naftali Bennett said after the incident: “We are working to restore calm, on the Temple Mount and across Israel. Alongside that, we are preparing for any scenario and the security forces are ready for any task.”

This was followed by another incident on Sunday, April 17, which left 17 Palestinians injured in clashes when the Israeli police entered the Al-Aqsa compound to secure the way for Jewish visitors.

Why the Al-Aqsa Mosque?

The Al-Aqsa Mosque compound, also referred to as Temple Mount by the Jews, has been the most sensitive site in the Israel-Palestine conflict as both sides have made rival claims over it.

The site in East Jerusalem is holy for two of the three monotheistic world religions — Islam and Judaism.

According to the Islamic scripture, Masjid al-Aqsa, meaning the farthest mosque, is where Prophet Muhammad reached at the end of his night journey, or Isra, from the sacred mosque of Makkah.

The Al-Aqsa compound or Haram al-Sharif (the Noble Sanctuary), hosts four important structures — the mosque itself, the Islamic shrine called the Dome of the Rock, the four minarets, and the gates of the compound.

It is from the rock inside the Dome of the Rock that the Prophet is believed to have ascended to heaven. Al-Aqsa is the third most important site for followers of Islam after Makkah and Medina.

The mosque hosts daily prayers and large gatherings for Friday prayers, attended by Palestinians, Arabs from Jerusalem, and Muslims from all over the world who visit in large numbers during the holy month of Ramzan, which is currently underway.

The Temple Mount for the Jews is the holiest site in Judaism as it is believed to be the site of the first and the second biblical temples; Jews can visit the Mount but are not allowed to pray here.

Temple Mount is said to be the site which King David chose to build the first biblical temple as it was believed to be the place where Abraham had prepared to sacrifice his son, Isaac. The first temple, built by David’s son Solomon, was destroyed during the Babylonian conquest. A second temple was built on Temple Mount in about 515 BC, but it was destroyed by the Romans in 70CE.

The Western or Wailing Wall, atop which the Temple Mount or Al-Aqsa compound stands, is the only remaining part of the biblical temple, and this is where Jews from Israel and across the globe come to pray.

When Israel secured victory in the 1967 Arab-Israeli War, it occupied the Old City and annexed East Jerusalem. In an act not internationally recognised, it declared Jerusalem as the capital of Israel in 1980.

The Palestinian side also claims Jerusalem as the capital of a future state that it hopes to create for the Palestinians.

The Al-Aqsa compound is administered by the Islamic Waqf (endowment) of the Hashemites of Jordan, who are believed to be the direct and collateral descendants of the Prophet.

In 1987, the Palestinians started the First Intifada or uprising against the Israeli occupation of the territories of the West Bank, East Jerusalem, and the Gaza Strip (which is governed by the Islamist group Hamas since 2007).

The Al-Aqsa compound is seen as sensitive as observers fear that clashes there can give rise to a larger conflict — a third Palestinian Intifada. Clashes in the compound are what led to the Second Intifada in the year 2000 when former President of Israel Ariel Sharon and a delegation visited the site with Israeli riot police. This resulted in violent clashes and a crackdown by the police that left many dead.

After this, violent clashes have taken place multiple times at the Al-Aqsa compound between worshippers at the Mosque and the Israeli police after the latter raided the area, resulting in casualties. A May 2021 clash led to a devastating 11-day war between the Hamas running the Gaza Strip and the Israeli forces.

What triggered the current clashes at Al-Aqsa?

This month’s clashes can be attributed in part to the coinciding of the Islamic holy month of Ramzan which began on April 2, with the Jewish holiday of Passover which began on Friday, April 15, and will last till April 23.

The larger trigger, however, was the series of street attacks on Israelis, reportedly by Palestinian and Arab assailants, in late March. On March 29, a Palestinian gunman (as described by Israeli media), shot at Israelis in Jerusalem, killing at least five people.

This was a third street attack of its kind that week. On March 27, two gunmen killed two Israeli police officers in a shooting in the city of Hadera in Israel. Before that, on March 22, an attacker killed four Israelis by ramming a car and stabbing them.

Post the attacks, the Israeli police had remained on high alert; and on April 15, clashes broke out when Palestinian worshippers gathered in the compound for Friday prayers.

The Israeli forces said hundreds of Palestinians hurled firecrackers and stones at them and at the Western Wall, after which the former cracked down with rubber bullets, stun grenades, and baton-charge, supposedly so that the other peaceful worshippers could disperse. The clashes injured 152 Palestinians and the police detained hundreds of them after the clashes.

The Hamas demanded that the police return the arrested individuals and stop “provocative visits” to Al-Aqsa by Jews.

On April 17, similar clashes took place injuring 17 Palestinians. The Israeli police said they entered the compound to help with the routine visit of Jews, who are allowed to visit the Temple Mount but not to pray there.

Police added that the Palestinians had stockpiled stones and set up barriers in anticipation of violence.

After the clashes, Israeli police accused Palestinians of “defiling and desecrating” the holy site, while Palestinian officials accused Israel of attempting to divide the sensitive holy site.

The 2021 Al-Aqsa clashes and the following 11-day conflict

In the clashes at the Al-Aqsa compound between Palestinian protesters and Israeli police in the month of Ramzan in May last year, 205 Palestinians and 12 officers were injured.

These clashes were one of the three triggers of the 11-day war between Hamas forces on the Palestine side and the Israeli military. Both sides engaged in deadly air and missile strikes, and the conflict resulted in several deaths and damage to property, not exclusively but mostly on the Palestinian side.

The first trigger was the fear of Palestinians that they would face forced evictions from the Sheikh Jarrah locality of East Jerusalem at the hands of Israeli authorities, owing to a legal case pertaining to their residence in the area.

The second was a “provocative” march carried out by far-right Israeli groups on May 6, or Jerusalem Day — the day Israel annexed East Jerusalem in 1967. This was also the day the Israeli Supreme Court was due to hold a hearing in the case of the Sheikh Jarrah evictions.

On May 7, after thousands of worshippers had gathered in the Mosque Compound for Friday prayers, hundreds stayed back after the prayer to protest against the possible forced evictions of Palestinians from Sheikh Jarrah. This was when the stone pelting and police crackdown took place.

This triggered the Hamas to fire rockets at Jerusalem and other parts of Israel. Gaza and other Palestinian areas then saw several devastating airstrikes from the Israeli side, resulting in the 11-day war.

MCD elections to be held on December 4 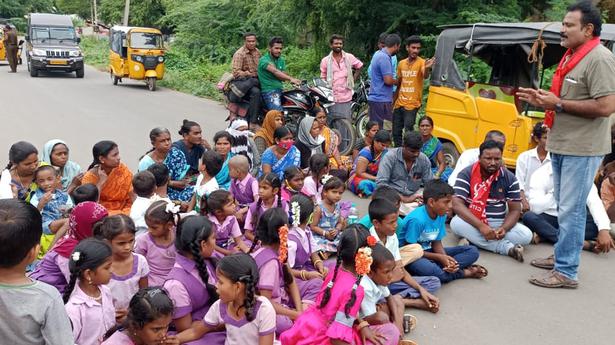