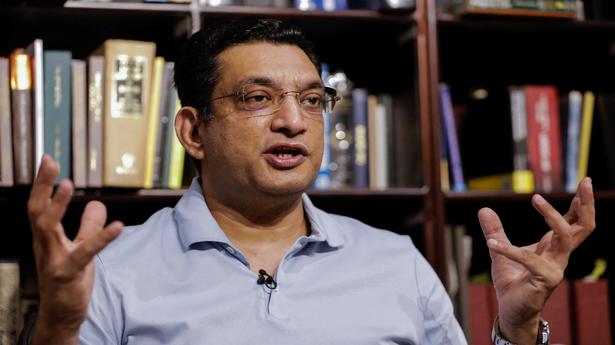 Sri Lanka’s economic recovery will depend on reforms undertaken with the IMF’s support, but the government will not ignore the country’s poor, Finance Minister Ali Sabry said.

The recently appointed Minister spoke to The Hindu ahead of his departure to Washington DC, where he will lead the Sri Lankan delegation in negotiations with the International Monetary Fund. “We have seen huge cuts to the country’s revenue and are trying to recover from the current economic crisis. Reforms are going to be crucial,” he said.

Mr. Sabry, who served as Justice Minister in the former Cabinet, stepped down with his Cabinet colleagues early in April, amid mounting pressure from citizens demanding that the President, Prime Minister and their relatives in office step down for “mismanaging” the crisis. President Gotabaya Rajapaksa soon appointed him as Finance Minister in a “new”, four-member cabinet. Mr. Sabry resigned again, but it was not accepted by the President.

With Sri Lanka deciding to default on its foreign debt totalling about $ 50 billion dollars, Colombo is counting on an IMF programme for improved chances of borrowing in the international market. Sri Lanka has received IMF support at least 16 times in the past.

On what Sri Lanka would put forth to the international financial institution, expected to extend support based on tough conditions, Mr. Sabry said: “We believe there is a need for a poverty alleviation programme. We definitely need a safety net for the poor. We cannot ignore the poor,” he said. According to a recent World Bank report on Sri Lanka, the pandemic years saw at least 5 lakh more people fall below the poverty line, owing to severe job and income losses.

It remains to be seen how the government, which was earlier reluctant to seek IMF assistance, might now reconcile the Fund’s likely conditionalities of fiscal discipline and prudent state spending, with growing public resentment.

That the government is feeling the heat was evident in Prime Minister Mahinda Rajapaksa’s recent address to the nation, asking demonstrators to be “patient”. Further, in the government’s first public acknowledgement that the President’s abrupt policy switch to organic farming had backfired, Mr. Mahinda said: “No matter how honourable the notion of organic fertilizer is, it is not the time for it to be implemented. As such, we will be reinstating the fertilizer subsidy,” signalling a full policy reversal. It would also mean that Sri Lanka will have to set aside about $ 400 million annually for chemical fertilizer imports.

However, indicating that the government was prepared to take bold decisions at this time, Mr. Sabry said: “We cannot think about party politics now when the country needs urgent attention. We must put our country’s future before everything else, even if that means taking political risks.”

During his time in Washington DC next week, Mr. Sabry is also scheduled to meet his Indian counterpart Finance Minister Nirmala Sitharaman on the sidelines of Spring meetings of the Fund, and the World Bank Group, beginning on April 18. He is also to discuss “further possible assistance” from India, as Sri Lanka grapples with a grave economic downturn, leading to record inflation, severe food shortages and a massive uprising of angry citizens. India has extended $ 2.4 billion assistance this year, and Colombo has sought further help from New Delhi, including an additional $ 500 million credit line for fuel imports and assistance in securing “bridge finance” to cope with the import bill this year.

“We will need about four billion dollars to manage our reserves through the rest of the year. We are hoping to get support from the IMF, World Bank, bilateral partners such as India and China. India has been extending a lifeline to us and I look forward to discussions with Ms. Sitharaman on further possible support from India, our regional leader,” Mr. Sabry said.

China recently said it is “studying” a fresh request from Sri Lanka for $ 2.5 billion assistance, apart from the $ 2.8 billion assistance Beijing has extended since the outbreak of the pandemic. Asked about the status of the request, the Minister said negotiations were “going on”.