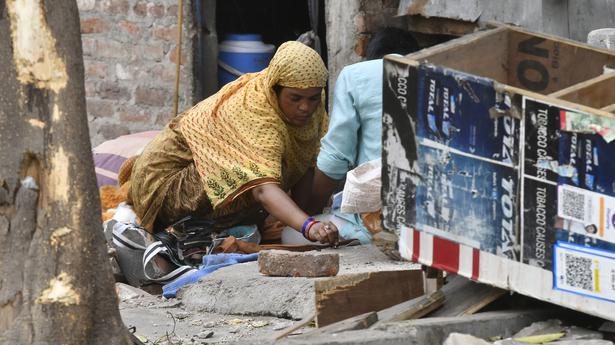 False narrative being peddled, say residents whose families moved in from Bengal, U.P.

False narrative being peddled, say residents whose families moved in from Bengal, U.P.

In the several bylanes of Jahangirpuri’s Muslim-majority C-Block, residents who mostly hail from West Bengal said they are ready to show their identity documents to authorities and claimed in unison that “we are legal residents and not from Bangladesh or Rohingya Muslims”.

The residents said the narrative being “peddled by some politicians” that the area only consists of those who have illegally entered the country from Bangladesh or Rohingya Muslims fleeing Myanmar was false and that most of their grandparents, who had legally settled in the area, were from cities in West Bengal like Haldia, Howrah and Medinipur, while some were from U.P. or Bihar.

Shakir, 19, whose brother Zakir was arrested by police for his alleged role in Saturday’s communal clash, said that if the authorities try to “brand them as infiltrators”, he and his family had all the valid documents to prove that they legally came here from West Bengal’s Haldia.

“The debate that this place is a Muslim ghetto and all of them are from Bangladesh or are Rohingya Muslims is bogus… why did they only rake up the issue after the communal clash? How have we managed to live here for all these years illegally right under the government’s nose?” Shakir asked.

He claimed that his brother was picked up by police a day after the clashes “even though he was innocent”.

“On the day of the violence, he (brother) only went out to see what was happening in the melee…he didn’t have any role in the clash, he has been arrested on baseless charges,” Shakir told The Hindu.

For 50-year-old Shamsher, the issue of “illegal immigrants” is something he is not bothered about as it has been created by a “select few” to ruin Jahangirpuri’s communal harmony.

“I have lived here for around four decades now… my father brought me here from Medinipur. I have everything from a Voter ID to an Aadhaar card to prove my identity…if you think we are illegal infiltrators and want to bulldoze our property, you have to legally prove it and not just brand all Muslims as those who have unlawfully entered the country,” said Shamsher.

Residents also questioned as to why is the “illegal immigrants” term being used for Muslims only when the communal clashes have taken place in the area and “not when politicians come and ask for their votes”.

Bashiruddin, 37, originally from Haldia, said the violence has become a fresh trigger for politicians to reopen to the Bangladesh-Rohingya Muslim debate and damage the harmonious ties that have always existed here between the Hindu and Muslim residents.

“If they are so worried about weeding out who they call illegal immigrants and demolishing their property, why don’t they carry out such a demolition drive in other areas?…Why only in Jahangirpuri and that too right after the violence where most Muslims have been targeted…when they (politicians) come to garner our votes, they don’t remember that we are illegal immigrants?” Bashiruddin asked.

“One can’t make a general comment and pretend that all Muslims in Jahangirpuri hail from Bangladesh or Myanmar…if there are any such people, they should be identified and legally dealt with, but you can’t brand everyone and give us a bad name,” said 20-year-old Jane Alam, who hails from Howrah.

Sitting inside her small grocery shop in one of the bylanes, Asma, 55, also from Haldia, remarked that if the Muslim population is removed from the area, “Jahangirpuri will stop functioning”.

“More than half of the shopkeepers and residents here are Muslims…we have lived alongside Hindus and both the communities depend on each other to exist…we used to live in slum clusters near the Yamuna river and were rehabilitated and allotted these houses by the Congress government more than three decades back…I challenge the authorities to point to me if any of my identity documents are missing and if so, I will leave this place,” Ms. Asma said.

Sitting beside her was 30-year-old Anwara, who has lived with her husband and three sons in the area for more than two decades.

“It hurts us when the government and the media paints us as infiltrators…how can you say this without checking our documents, there has to be a basis for making such comments. Everyone here can show not only theirs but even documents belonging to their ancestors if need be,” she said.

She added that in all these years that she has lived in Jahangirpuri, none of her Hindu neighbours thought that she was living in the country illegally or that she had unlawfully crossed the borders.

“Everyone lives here like a family and Hindus don’t consider their Muslim neighbours as unlawful residents…its a tag that the politicians and certain sections of media has given us. It’s the first time that such a communal clash has occurred here and never has a feeling of animosity prevailed in this area…now there is an atmosphere of fear that Muslims will be targeted and arrested either for being an illegal immigrant or for role in the violence,” Ms. Anwara added.

Hindu residents of the area echoed her views and said they have never considered Muslims as “illegal residents” who are trying to encroach upon the area’s property.

Urmila, a resident, said: “Though I don’t have a lot of Muslim friends, I have never had any issues with them and have always considered them like any other person…It’s just that the current atmosphere has raised tensions but there has never been enmity between us”. 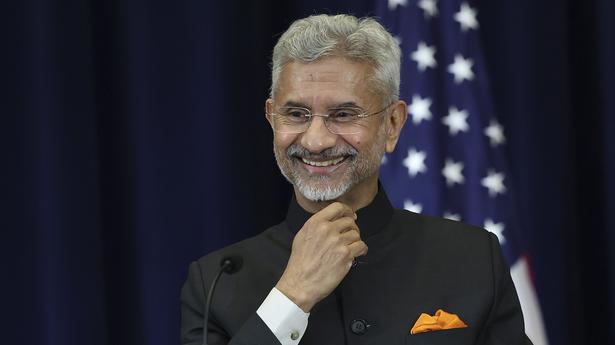 ‘Only green crackers should be burst’