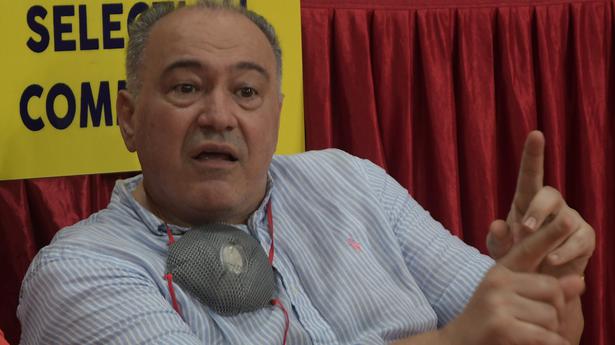 Veselin Matic, head coach of the national men’s basketball team, is on a mission to make India competitive at the Asian and world level. He talks about the current state of the sport, what the challenges are and what can be done to improve matters

Veselin Matic, head coach of the national men’s basketball team, is on a mission to make India competitive at the Asian and world level. He talks about the current state of the sport, what the challenges are and what can be done to improve matters

At the 71st Senior National basketball championships in Chennai, Veselin Matic would arrive, file in hand, to watch the action. When an official or organiser interrupted the Serb’s scrutiny, he was polite to a fault. But his focus was unwavering: observing players and making mental notes.

The trip to Chennai was a change of pace for Matic. For almost three years as head coach of the Indian men’s basketball team, he was confined to Bengaluru because of the pandemic. He was training both senior and junior players, tuning them to keep up with the sport’s current trends.

The 61-year-old is not complaining, though. “First of all, we had COVID. It was difficult but it is something we can’t complain about. We didn’t have any tournament, barring the first round of the World Cup Asia Qualifiers. In the 2.5 years at the camp, the seniors played with juniors as much as possible. Our mission is to produce good competitive players for the next generation. It is not that we don’t have good players now. It is clear that if we want to be competitive at Asia and world level, we need young, taller, faster and stronger players,” he explains.

Matic was not overly impressed by the fare dished out at the Nationals. “It was not of great quality,” he admits. “Due to COVID, there weren’t many tournaments.”

The lack of junior players in almost every team perplexed Matic. “Nobody believes in youngsters,” he says. He also feels that many teams didn’t have a training programme leading into the tournament and played without a plan.

“Take for example, Punjab. What I heard was that it didn’t have a proper camp. On the whole, Tamil Nadu was the best side. They had a one-month camp. Most of all, it didn’t allow any of its players to play anywhere in any tournament. Every player got a chance to play. Indian Railways came decently prepared,” Matic says. Karnataka, according to the head coach, showed spirit and character. “It was a surprise for me,” he says.

Matic is of the opinion that some teams in the upper pool and many in the lower pool in the Nationals were not competitive; they did little more than make up the numbers. “Each Association should give a plan to the Basketball Federation of India on how they plan to prepare for a big event. We are there to help them,” he says.

While the continued absence of a professional league, in which domestic players get the opportunity to test themselves against and learn from top foreign talent, is disappointing, Matic feels the arrival of the Indian National Basketball League 3×3 (three-a-side) and 5×5 (regular) augurs well. The 5×5 will feature the top nine teams from the Senior Nationals.

Hoop dreams: A slice of action from the National basketball championships in Chennai this month.
| Photo Credit: B. JOTHI RAMALINGAM

“NBA has revolutionised basketball and has promoted it exceedingly well across the globe, and the NBA Academy in New Delhi has produced quite a few players, but what India needs is its own stars for the sport to thrive here. Kids need to find their stars in Vishesh Bhriguvanshi, Amritpal Singh, Muin Bek and Joginder Singh. For that, we need to promote our 3×3 and 5×5 really well on all media,” he says.

The Indian men’s 3×3 ranking jumped from 70 to 16 in the third season of the BFI-and-FIBA-backed 3×3 Pro League held in Mohali last month. The league featured leading national and international hoopsters, including Bhriguvanshi, Amritpal, Palpreet Singh, Princepal Singh and Stephy Nixon.

While doubts were raised regarding the validity of the rankings — Matic says the system is “a little bit complicated to explain” — he insists that India needs to embrace 3×3 and 5×5. “If we organise more tournaments, we get better in rankings. We need to aggressively push for 3×3 and 5×5. Players need to play both. They can co-exist. India has a good chance to qualify for the Olympics in 3×3, but we need to be careful,” he says.

The Indian men’s team will next be seen in action in June and July. The side has entered the second round of the World Cup Asia Qualifiers, which will take place in June, and has the FIBA Asia Cup to look forward to in July. There is no doubt both tournaments will be very tough. Matic, though, is looking at the bigger picture and not too worried about the results.

Giant leap needed: Matic was not overly impressed with the quality dished out at the senior National in Chennai.
| Photo Credit: M. VEDHAN

“If you look at the average age of teams such as China, the Philippines, it is 30 years. Whereas our average age is 25-26. Our target in the next 2-3 years is to reduce it to 22-23 years. That way, we can compete with anyone. My mission is to make the Indian team competitive and take on the best teams in Asia and the world,” he says.

How good is the junior talent in the country? Matic replies that at the moment the Indian youth boys’ team is ranked No. 10 in Asia. It will be competing in the FIBA under-16 championships in Doha in June. “India has to enter the top four, which will give more opportunities for the team to participate in World Championships where it can take on the top teams,” he says.

According to Matic, Indian sport is moving towards excellence and basketball should be in that space in the near future. “India,” he says, “is a big nation with potential in everything. It is more than a developing country. Our sport needs to be successful. When I leave the job, Indian basketball should be a lot better than what it was.”

The Serb, who has coached the Iran and Lebanon men’s teams, says Indian basketball is in a developing phase and to expect results now is asking for too much. “You have to do better to win championships, but first you need to develop to get better. We are in a place where we cannot win. Where we cannot win, we need to develop,” he says, offering his assessment of where Indian basketball currently finds itself.

Matic says India is moving in the right direction with the proposed schools league. “Basketball is popular in many schools and BFI is doing its best to popularise it. We need to go to villages to promote basketball as there is not perfect flooring. We need more coaches and more clinics,” he says.

Matic has clearly laid plans to put Indian basketball on the Asia and world map. The system needs to back him if India is to become one of the top teams in Asia by 2025.

Trafalgar, Once You Go Black, Bellator and Classic Charm shine 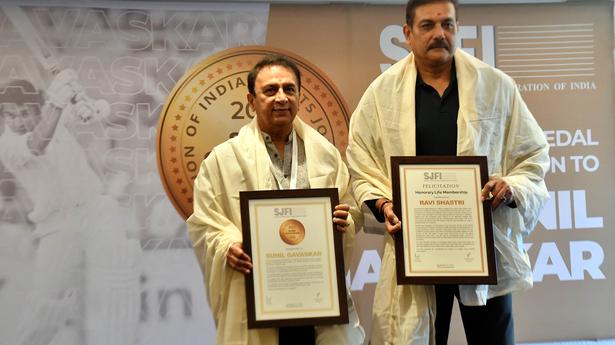