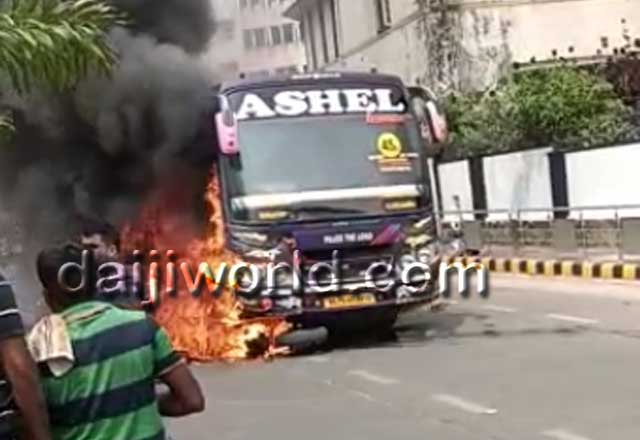 The accident took place at the busy Hampankatta junction, traffic movement was disrupted for 90 minutes

The accident took place at the busy Hampankatta junction, traffic movement was disrupted for 90 minutes

A 25-year-old man on a bike survived a collision with a private city bus in Mangaluru on April 8. The bike was dragged for around 50 metres and the bus went up in flames after the collision near the busy Hampankatta junction around 2.30 p.m.

Dylan, 25, who was on the two-wheeler, suffered a fracture in his leg and was admitted to the State-run Wenlock Hospital. The 20-odd passengers in the bus got off the bus before the vehicle was engulfed in flames.

Police Commissioner N. Shashi Kumar said Dylan, a resident of Ballalbagh, was heading towards his office in Valencia from K. S. Rao Road when he collided with the bus at the junction. The private city bus (route No.45 Ganeshpura Kaikamba-State Bank) was coming from Balmatta and heading towards State Bank of India bus terminus.

The bus driver told reporters that he moved the vehicle after the signal at Hampankatta junction turned green. The two-wheeler suddenly drove across in front of the bus. The bus hit the motorist who fell on the road. The motorcycle got stuck under the front wheel of the bus and was dragged for about 50 metres, which resulted in leakage of petrol that caught fire due to the friction.

Mr. Kumar said police are looking at footage from CCTV cameras at the junction. A case will be registered against those who are found to be at fault.

Fire and emergency services personnel took about 30 minutes to douse the fire. Police took the help of a crane to take the damaged bus away from the spot. The road was cleared around 4 p.m. Thiruvananthapuram registers 82.6% pass in Plus Two 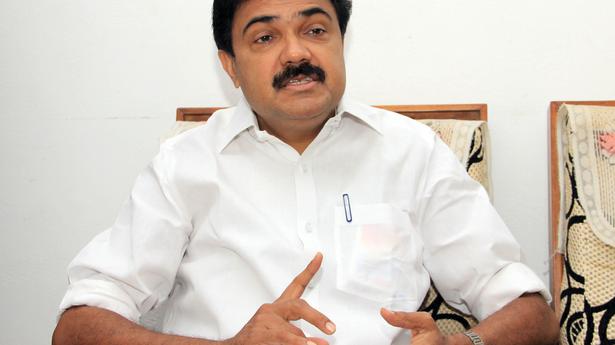 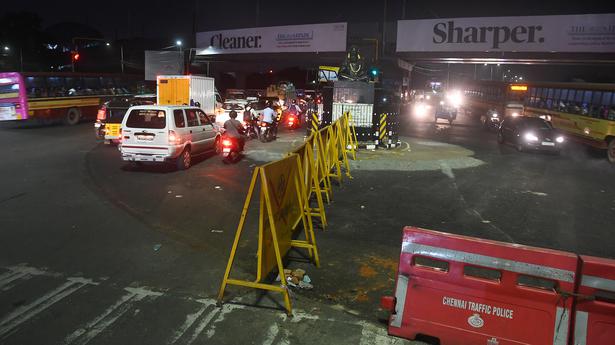 Periyar statue roundtana on Anna Salai to be redesigned