While there has so far been no globally systemic financial event, there are several channels through which the Ukrainian turmoil could be amplified across the system, the IMF warned

While there has so far been no globally systemic financial event, there are several channels through which the Ukrainian turmoil could be amplified across the system, the IMF warned

Russia’s invasion of Ukraine has driven up financial stability risks “on several fronts” and will test the resilience of the global financial system at a time when interest rates are rising sharply, the International Monetary Fund (IMF) warned in its biannual Global Financial Stability Report on Tuesday.

While there has so far been no globally systemic financial event, there are several channels through which the Ukrainian turmoil could be amplified across the system, the IMF warned.

Those include banks’ and non-banks’ direct and indirect exposures to Russia; commodity market disruptions and increased counterparty risk; poor market liquidity and funding strains; cyberattacks and the acceleration of crypto asset use, it said.

“While the financial system has proven resilient to recent shocks, future shocks could be more harmful,” the IMF said.

“A sudden repricing of risk resulting from an intensification of the war and the associated escalation of sanctions may expose, and interact with, some of the vulnerabilities built up during the pandemic, leading to a sharp decline in asset prices.”

Global banks’ exposure to Russia and Ukraine is relatively modest and restricted to a handful of European lenders. However, it’s unclear how much indirect exposure financial companies have to the conflict because disclosures are patchy and inconsistent. Indirect exposures from activities such as investment banking and wealth management, off-balance-sheet supply chain or commodity financing, derivatives, and contingent liabilities, could be “meaningful and surprise investors when revealed, leading to a sharp rise in counterparty risk,” the report said.

Derivatives is one area of concern, said Tobias Adrian, director of the IMF’s Monetary and Capital Markets Department, which publishes the report.

“They are very opaque and it is difficult to know to what extent there’s any hidden leverage,” said Mr. Adrian. The report flagged foreign exchange swaps and forward contracts as one area that could leave banks unhedged if trades have to be canceled.

“The other concern are private markets, private debt, private equity. There could be exposures that we don’t see.”

The market is already reeling from extensive Western sanctions which have reduced financing and pushed up the price of many major commodities including oil.

The report also said the handful of dealer banks that provide commodities financing had the potential to create commodity market disruptions. 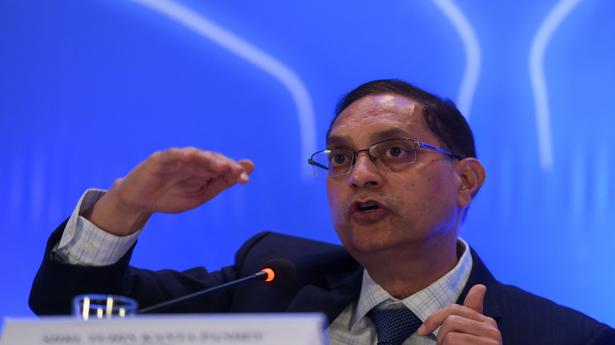