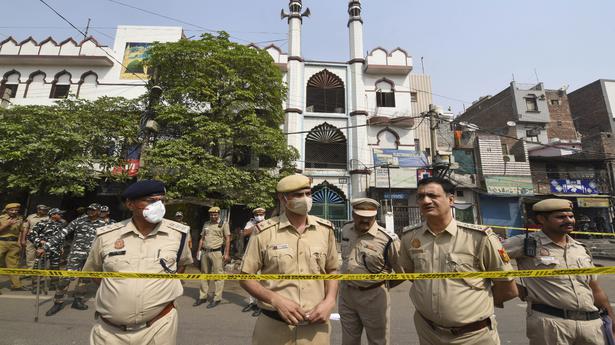 FIR lodged against organisers of third Shobha Yatra, taken out without permission

FIR lodged against organisers of third Shobha Yatra, taken out without permission

Two more persons were arrested by the Delhi Police in connection with Jahangirpuri communal clashes that took place last week, officers said on Monday. DCP(Northwest) Usha Rangnani said the accused have been identified as 36-year-old Sheikh Hameed and Sonu, 28, both residents of C-Block.

Police said that Mr. Hameed is a scrap dealer and during interrogation, he allegedly disclosed that he had supplied bottles which were used for pelting during the incident.

As regards Sonu, the DCP said that he was the person whose video was being circulated on April 17 on social media where he is seen wearing a blue kurta and opening fire during the violence. Earlier in the day, when a police team of the Northwest Delhi district visited Sonu’s home on CD Park Road to search for him and question his family members, the latter allegedly pelted stones on the police party. The DCP said that one person has been detained in connection with the incident and a case has been lodged.

Police said media reports of fresh stone pelting were an “exaggeration of facts”, adding that “It was a minor, one-off incident”.

The DCP also said that a case under IPC section pertaining to disobedience to an order promulgated by a public servant was lodged on March 17 against the organisers of the third procession which was carried out on Saturday evening in Jahangirpuri without any permission and that one of the accused persons has “joined the investigation”.

Sources said the case has been lodged against organisers of Vishwa Hindu Parishad, Bajrang Dal Delhi Prant, Mukherjee Nagar Jila, Jhandewala for carrying out the procession without permission. A senior police officer said one Prem Sharma, Jila Sewa Pramukh of the Vishwa Hindu Parishad was interrogated but not detained.

“The other two processions which were carried out in the morning and afternoon on March 16 in the area of Jahangirpuri Police Station had due permission,” the DCP said.

Police had earlier said that as many as 21 persons were arrested in connection with the incidents, where 16 of them were Muslims, while two juveniles were apprehended. They were booked under several IPC sections pertaining to rioting and criminal conspiracy.

The DCP had said three firearms and five swords had been recovered from the possession of accused.

Efforts on to acquire land for Chennai-Kanyakumari Industrial Corridor project 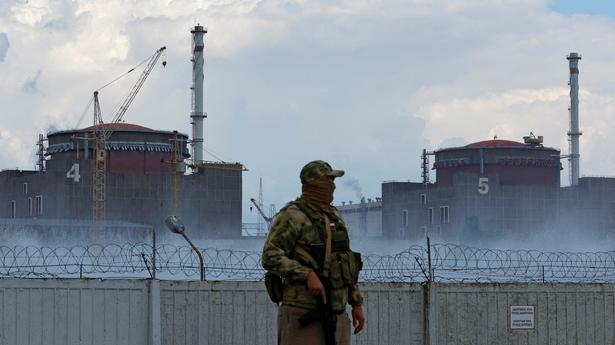 E-Governance and apps are the way forward, says official