The Masi streets were chock-a-block with thousands of devotees witnessing the grand spectacle, the car festival of Meenakshi Sundareswarar Temple on the penultimate day of the 12-day annual Chithirai brahmotsavam here on Friday morning.

Ahead of the procession, the deities were brought to the Thermutti on East Masi Street–where the age-old temple cars belonging to the temple are stationed–to their respective temple cars by 5.45 a.m. and special pujas performed by priests.

The colossal temple cars–the bigger one carrying Lord Sundareswarar with Goddess Piriyavidai, followed by the smaller one carrying Goddess Meenakshi–began its procession at 7.35 a.m as the four Masi streets burst at the seams.

Hundreds of volunteers drew the vadam, the thick nylon rope used to pull the step-like tiered cars, buoyed by chants from thousands of devotees as the temple officials guided them.

Some devotees were seen plonked atop tall commercial buildings for getting a better view of the procession and to witness the vibrantly decorated temple car wading its way through the beehive-like crowd.

The temple cars returned to former glory brimming with decorative embroidered patches with colourful motifs. They carried the newly-married divine couple, the King and Queen of Pandya Kingdom all decked up who came to see their subjects back then.

According to the inscriptions on the temple walls, the first car festival was introduced in Madurai 700 years ago, during the reign of King Veerapandian, said C. Santhalingam, an archaeologist. The temple cars used presently were made by King Thirumalai Nayakar and are 380-years-old, he added.

The temple cars trundled on Masi streets and were brought to rest at 1.30 p.m. 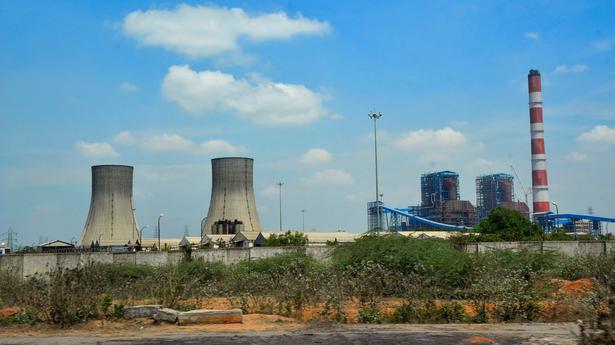 NLCIL to set up methanol project in Neyveli with an investment of ₹4,400 crore