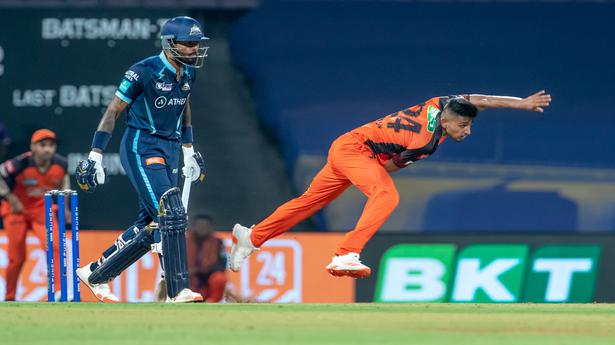 Sheer pace is one of cricket’s most potent weapons, and keeping him waiting might be counterproductive

Sheer pace is one of cricket’s most potent weapons, and keeping him waiting might be counterproductive

So, what do we do about Umran Malik?

The answer to that will be the difference between having a top-class bowler for India and a premature fading away. Umran is a rare talent. He is 22, has a smooth action and is capable of bowling regularly at 150 kmph. He is, as Kane Williamson, his captain at Sunrisers Hyderabad has said, “special”.

The manner in which he has been shattering wickets — his dismissal of Shreyas Iyer has been one of the highlights of the IPL — has placed Umran at the forefront of fresh choices for the national team.

Shreyas first moved towards the line of the ball, then quickly in the opposite direction while the yorker kept its course and smashed into the stumps. Indian fast bowlers hitting the 140-mark is not unusual, but 150 is something else, with batsmen in danger of treading on the square leg umpire’s toes.

Now comes the tricky part for Umran and for India. How do we nurture this talent and ensure he has a long and productive career? Who will keep whispering in his ear, “You are a fast bowler, keep bowling fast,” especially on days when mishits go for six and edges are dropped in the slips?

Fast bowling is long and lonely work, calling for a mind as strong as the body and a self-belief capable of going past bad days convinced good ones are round the corner. Fast bowlers need to be blooded quickly, even if they are not the finished product yet. Sheer pace is one of cricket’s most potent weapons, and keeping Umran waiting might be counterproductive.

Umran has been devastating, but also at times expensive. Wicket-to-wicket he can be lethal, but he has sprayed the ball in the IPL. At this stage accuracy need not come at the cost of pace. His bowling coach at Sunrisers, the great Dale Steyn has put his finger on the reason: anyone can bowl 135kmph. The 150kmph men are among the elite. Umran needs an understanding coach and captain to get the best out of him.

In the higher class of cricket, captains unused to having such pace at their disposal will be tempted to over-bowl him, to throw the ball to him every time there is a threatening partnership. This can reduce the length of a career that from this end of the time scale looks full of promise and suggests longevity.

Umran will have to learn to pace himself over 15 or more overs in a full day’s play, which is rather more difficult than a flat out four overs at full pace in the IPL, sometimes in two spells. At the highest level, pace, stamina, variety all go together into the making of a fast bowler. The more he plays, the better Umran will understand his body, and the sharper will his bowling sense get.

He is a thrilling prospect, and might have already booked his ticket for the short tour of England in July which follows a T20 home series against South Africa. With such obvious talent, it is sometimes worth taking a chance. The white ball series following the Test is good training ground for the World T20 in October in Australia.

I belong to a generation which prayed for an Indian tearaway, and kept reading articles in newspapers asking the question ‘Why can’t we produce fast bowlers?’. We have the fast bowlers now, yet to see an Indian with Umran’s pace seems unreal.

It is to Sunrisers’s credit that they retained Umran in the auction, thus giving the youngster confidence and enabling him to train under Steyn. IPL teams have their talent scouts and have developed a network of contacts across the world so they have precise information on the backgrounds of the kind of player they are looking for.

The next step for many teams is to establish a youth academy. Rajasthan Royals, the first IPL team to do so, have since been joined by CSK, Mumbai Indians and KKR, with varying degrees of focus, but it might be time for the Board of Control for Cricket in India to insist on all IPL teams having their own youth programmes.

Through scholarships and specific agenda, these academies could serve regions that do not get a lot of attention, like the North East. The IPL can be a force for good.

Raw talent could still slip through the net, however. Umran Malik, who didn’t play with a cricket ball till he was 17 — difficult to imagine that in India’s traditional cricket centres — was initially told he could not appear for the Jammu and Kashmir Under-19 trials because he hadn’t played at the district level! Indian cricket can be startlingly bureaucratic and silly sometimes.

But Umran is here, and almost ready. The rest is on-the-job training. 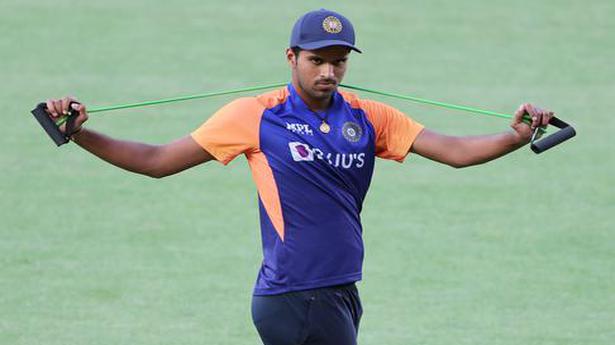 Washington Sundar likely to debut for Lancashire county this season