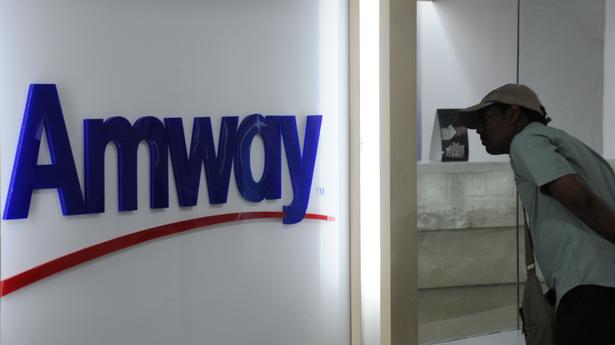 What are pyramid frauds that the ED has accused Amway of? What are the laws governing direct selling companies?

What are pyramid frauds that the ED has accused Amway of? What are the laws governing direct selling companies?

The story so far: The Enforcement Directorate (ED) on Monday, April 18, attached ₹757.77 crore worth of assets of direct-selling company Amway India Enterprises Private Limited, accusing it of running a multi-level marketing scam.

The attached properties include over ₹400 crore worth of immovable and movable properties such as a parcel of land and the factory building of Amway in Tamil Nadu’s Dindigul district, plant and machinery, and vehicles. The remaining attached assets include bank balances and fixed deposits in 36 bank accounts identified so far, having a cumulative balance of ₹345.94 crore, the ED said.

What do we know about the current case?

Amway is an American direct-selling FMCG (fast-moving consumer goods) company that started its Indian operations in 1995 in the form of the Indian Direct Selling Association. It then started a charity in 1996 called the Amway Opportunity Foundation, conducting seminars to enrol members, and eventually established a subsidiary in 1998. Its operations are based on the direct selling and multi-level marketing (MLM) models.

Amway India faced multiple police complaints and court cases between 2006 and 2014 in Hyderabad and Kerala pertaining to fraudulent activity and cheating, with its former CEO William Scott Pinckney being arrested twice, in 2013 and 2014.

The current action by the ED is based on a past complaint registered in Hyderabad. The ED said that its investigation into Amway revealed that the company had been running a “pyramid fraud” under the guise of a direct selling multi-level marketing network.

The central agency alleged that Amway had collected about ₹27,562 crore through its business operations from 2002-03 to 2021-22, of which it paid commissions of ₹7,588 crore to its distributors and members in India and the U.S. during the same period.

The ED further said: “Amway has brought ₹21.39 crore as share capital in India in 1996–97, and till 2020-21, the company has remitted a huge amount of ₹2,859.10 crore in the name of dividend, royalty and other payments to their investors and parent entities.”

What are pyramid schemes?

In a pyramid scheme, an entity promises participants payment or services primarily for enrolling other people into the scheme, rather than supplying a product or service to the public. As the new participants rope in fresh recruits, money keeps flowing up the chain eventually making an ever-increasing pyramid or hierarchy. These are also called money circulation schemes.

This is essentially what the ED has alleged in Amway’s case. The agency said: “The entire focus of the company is about propagating how members can become rich by becoming members. There is no focus on the products. Products are used to masquerade this MLM Pyramid fraud as a direct selling company.”

A pyramid scheme becomes unsustainable after a sizable number of people have been roped in, as profits minimise when the acquired money is being circulated amongst the group, as opposed to profits made through the actual sale of products.

Amway, in response to previous cases against it, had argued that the commissions earned by its distributors are not distributed across the board to each and every person in the company’s sales network. It had denied running a pyramid scheme, saying that it engages in direct sales through its members, whose hierarchical network engages in the sale of its products, further spreading the network. The ED, meanwhile, has flagged the “exorbitant” prices of Amway’s products.

Amway has maintained all along that its business model is a multi-level marketing (MLM) one.

What is a multi-level marketing (MLM) model?

Unlike indirect sales companies that use a network of wholesalers, distributors, and retailers to sell their products, MLM companies rope in members of the public to directly sell their products. These members, while not being employees of the company, recruit more people to join the product selling network, thus putting in place a mechanism that expands this web and revenue.

Amway’s independent members are called Amway Business Owners, who, according to The Business Model Analyst website, make profits by the direct sale of products to customers, by getting bonuses as per the increasing sales volume, and finally, through incentives when the business grows. Each recruited member pays a registration fee at the beginning.

What are the laws governing such schemes in India?

In December 2021, the Centre released new guidelines for direct selling companies like Tupperware, Amway, and Oriflame, banning them from promoting pyramid or money circulation schemes.

The rules said that direct selling entities and direct sellers would be prohibited from promoting a pyramid scheme or enrolling any person on such scheme or participating in such arrangement in any manner whatsoever in the garb of doing direct selling business. This is what the ED has accused Amway of doing.

After the ED’s current action, Amway India said that last year’s inclusion of direct selling companies under the Consumer Protection Act (Direct Selling) rules, 2021, had “brought in the much-needed legal and regulatory clarity for the industry, while again confirming Amway India’s continuous compliance with the spirit and letter of all laws and regulations in India”.

Section 6 describes how the Act would be applied to companies committing such offences, stating that “every person who, at the time the offence was committed, was in charge of, and was responsible to, the company for the conduct of the business of the company, as well as the company, shall be deemed to be guilty of the offence and shall be liable to be proceeded against and punished accordingly”.

What are the previous cases involving Amway?

In 2006, a complaint against Amway by its recruited member was filed with the Hyderabad Crime Investigation Department (CID). In the case against Amway, the CID had involved Section 420 of the IPC (related to cheating), along with sections 3,4,5, and 6 of the Prize Chits and Money Circulation Schemes (Banning) Act, 1978.

The CID, based on its investigation of one Hyderabad resident and Amway recruit Sathyanarayana’s complaint, had said the company was promoting an illegal money circulation scheme and inducing and instigating the general public with the promise of huge commissions, also agonising members to increase the distributor network on a large scale to sell products.

In 2013, the Economic Offences Wing of Kerala’s Crime Branch had arrested the former CEO and Chairman of Amway India William Scott Pinckney and two directors of the company on charges of financial irregularities and cheating. The same penal provisions as the 2006 case were invoked on the three individuals in multi-layered fraud cases registered in the Wayanad district in 2011.

After being released on bail, the CEO was arrested again in Gurgoan, for similar cases filed by recruits in Kerala in 2013, inviting again, the provisions pertaining to cheating and money circulation fraud.

Responding to the ED’s current freezing of its assets, the company said in a statement: “The action of the authorities is with regards to the investigation dating back to 2011 and since then we have been cooperating with the department and have shared all the information as sought for from time to time since 2011.”

It added that the company had a “rich history of maintaining the highest levels of probity, integrity, corporate governance, and consumer protection, which are much ahead of time in the interest of the consumers at large”. 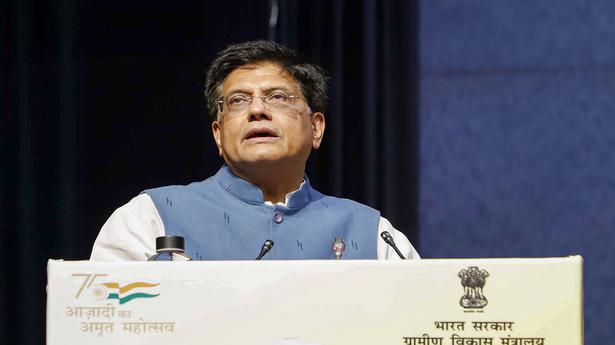