The Union Sports Minister Anurag Thakur felicitated the Indian team on winning the Blind cricket T20 World Cup for the third successive time recently, at his residence here on Monday.

Listening patiently to the list of “requests and suggestions” from the captain of the team, Ajay Kumar Reddy and the president of Cricket Association of the Blind, G.K. Mahantesh, the Sports Minister assured that both the government and the cricket board (BCCI) would try to find further ways to support blind cricket.

Both the captain and the president of Blind Cricket, praised the government for its consistent support, but pleaded for consideration of a few more key points.

“After winning many World Cups, some of the players are still jobless. We are not considered for Khel Ratna and Arjuna awards. Please recognise us,” said the captain.

The government offers cash prizes for winning the World Cups, and the president wanted the government to increase the cash prize of Rs. 5 lakh that was instituted in 2014.

“We also request the government to increase the grant for hosting such events,” Mahantesh said.

Anurag Thakur said that he had discussed with the Minister of State for Sports, Nisith Pramanik, in a sincere attempt to find ways to support blind cricket, “one way or the other”.

The minister praised the individual brilliance of some of the players including the captain on performing a hat-trick of World Cup titles, and stated with confidence that the Indian team would win the next World Cup as well.

Many congratulations to team India for winning the T20 World Cup for blind. A historic achievement for Indian blind cricket. Your sporting spirit is very inspiring. We are proud of you all. 🇮🇳 pic.twitter.com/XOR9ISVk5V

On behalf of the players, especially the 10 first timers, captain Ajay Reddy conveyed their desire to meet the Prime Minister Narendra Modi.

India had beaten Bangladesh by 120 runs to win the T-20 World Cup final in Bengaluru on Saturday. The Indian teams had beaten Pakistan in the earlier two finals in 2012 and 2017. KIYG off to a vibrant start Explained | How FIFA is using SAOT for offside decisions 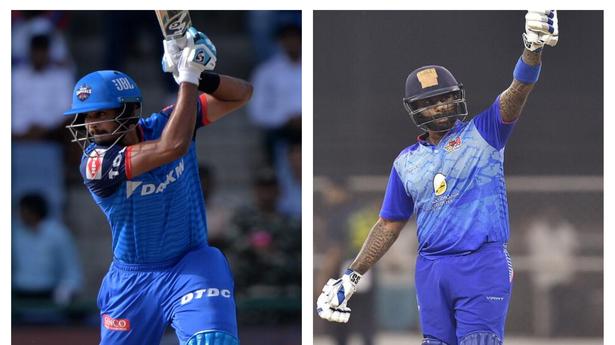