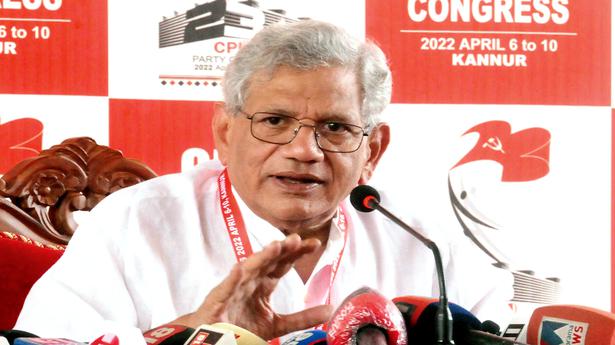 ‘We need to shift the narrative to the real issues such as rising prices of fuel, unemployment, farmers’ suicide and the like,’ says the CPI(M) general secretary

‘We need to shift the narrative to the real issues such as rising prices of fuel, unemployment, farmers’ suicide and the like,’ says the CPI(M) general secretary

A major task before the Communist Party of India (Marxist) during elections will be to ensure that the main poll narrative shifts from a communally polarising one to the real issues of livelihood and social issues concerning the people, CPI(M) general secretary Sitaram Yechury has said.

“While the Left has been playing a pivotal role in mobilising mass struggles, when it comes to elections, the mainstream narrative is being continuously hijacked by the BJP-RSS combine into a communally polarising narrative. The Prime Minister then rakes up ‘azan’, ‘hijab’ or ‘halal’… We need to shift the narrative to the real issues such as rising prices of fuel, unemployment, farmers’ suicide and the like,” Mr. Yechury told the media here a day after he was re-elected general secretary at the CPI(M) party congress.

The party, he said, would now hold a meeting of its secretaries in the north Indian States to discuss a plan to take on the Hindutva forces straight on.

The Union government, he said, was a data-free government which thrived on ‘lies, damned lies and statistics’ when asked whether the Left would join forces with others to ask the Centre to conduct a caste census along with the 2021-census enumeration. Without having such data, the marginalised sections would be denied what was meant for them, he said.

On the failed experiment of the CPI(M) in Telangana where was part of a Bahujan Left Front during the 2018 elections, Mr. Yechury said in the Indian context, there was an overlap of class and caste structures. Social oppression and economic exploitation should be fought together to further class struggle in India and what happened in Telangana was such an experiment. But this should not be subsumed by caste identity politics, he said.

Several regional parties leading non-BJP State governments demonstrated an ambivalent attitude towards the Centre without realising that the assault on federalism would sharpen in the days to come and that they should come together to combat this.

To a question, Mr. Yechury said the insistence on strictly adhering to the criteria decided by the Kolkata Plenum for enhancing the quality of party membership would see further drop in number of members. “That’s inescapable, but what would remain would be a potent core,” he said. 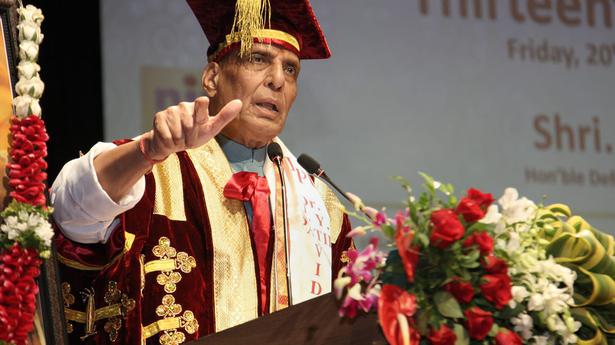