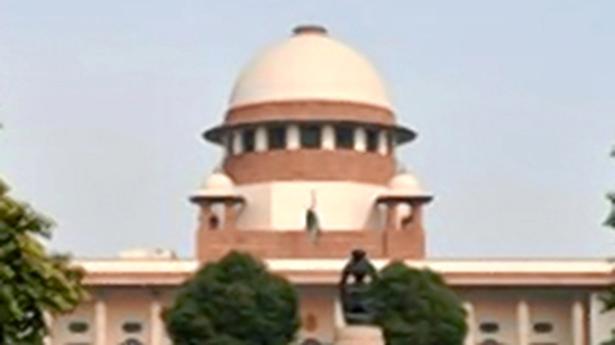 The Bench said the petitioner-lawyer could not file an ‘abstract’ plea demanding the nixing of the Waqf Act of 1995.

The Bench said the petitioner-lawyer could not file an ‘abstract’ plea demanding the nixing of the Waqf Act of 1995.

The Supreme Court on Wednesday, April 13, 2022, refused to entertain a petition to direct the enactment of a “uniform code” for trusts, charitable institutions and religious endowments across all faiths and axe a “special” law governing waqfs and waqf properties.

A Bench led by Justice D.Y. Chandrachud said the petitioner, advocate Aswini Kumar Upadhyay, could not file an “abstract” petition demanding the nixing of the Waqf Act of 1995, claiming the law passed by the Parliament granted special favours to Muslims and discriminated against Hindus and followers of other faiths.

“If you are aggrieved by the law, you can challenge its validity. But you cannot challenge a law in the abstract… Has your property been appropriated because of this law [Waqf Act]… What is your problem,” Justice Chandrachud asked Mr. Upadhyay.

The petitioner claims that the “interest of Hindus, Jains, Buddhists, Sikhs and other non-Islamic religious communities is involved in the matter and public in general is suffering due to conferment of unbridled powers to Waqf Boards and granting special status to Waqf properties and thus others are being discriminated before law and denied equal protection of law”.

“But how are you aggrieved by the law. Were you evicted from your property? Was your trust property wound up,” Justice Surya Kant, on the Bench, asked Mr. Upadhyay.

Justice Chandrachud said the court could not issue a mandamus to the Parliament to enact a “uniform law”.

“We have to be very careful while entertaining a PIL challenging a law enacted by the legislature… If the PIL is on environment or education, etc, we can entertain,” Justice Chandrachud orally addressed Mr. Upadhyay.

Mr. Upadhyay urged the court to let him read out a two-page note summarising his petition.

“We have read your petition… We don’t want this to be a publicity exercise with you reading out a note,” Justice Chandrachud told the petitioner-lawyer.

The court asked Mr. Upadhyay to give a straight answer to its two questions — One, how can a court issue a mandamus to the legislature or the Parliament to enact a particular law. Two, why should the court entertain an abstract petition which does not show any particular case of infraction caused by the Waqf Act

Mr. Upadhyay immediately sought the court’s permission to withdraw. He said he should be given liberty to approach the High Court.

The Bench allowed him to withdraw and seek whatever “remedies available in law”.

“No opinions have been expressed by this court,” Justice Chandrachud observed.