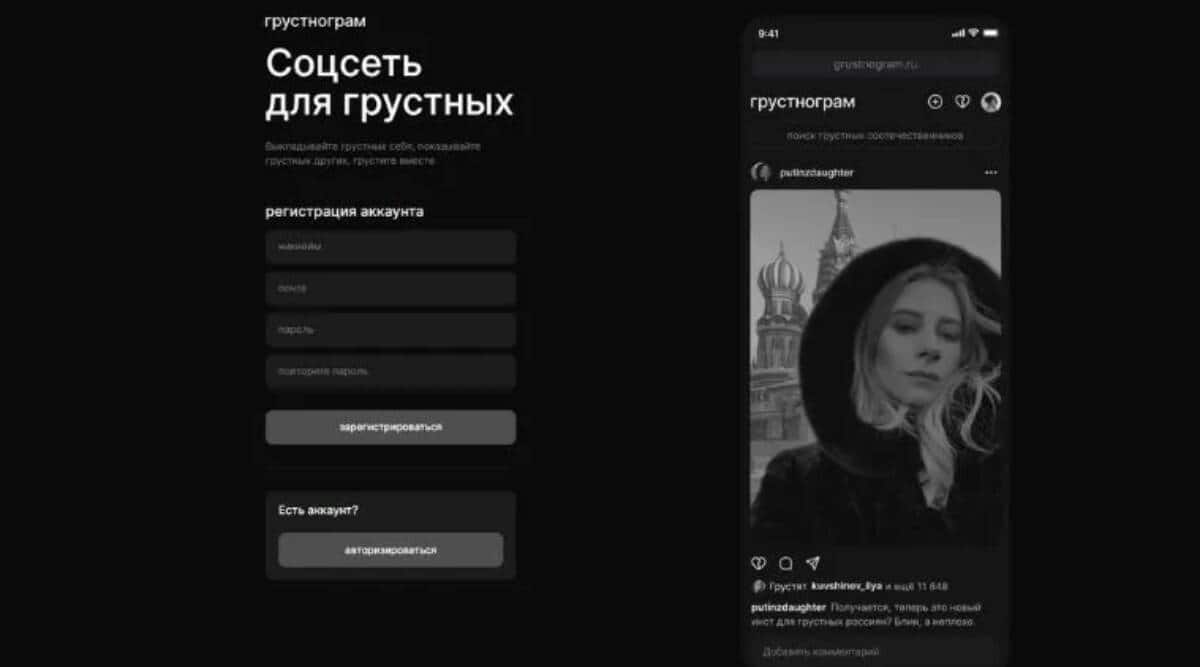 When YouTube stopped users in Russia from monetising their clips following the invasion of Ukraine, George Kavanosyan, a Moscow-based environmentalist with 60,000 followers on the platform tried to switch to its local equivalent, RuTube. But, as the Kremlin tightened control over online information, he became increasingly frustrated by the video sharing site, which is owned by the media division of Russia’s state-owned gas giant Gazprom.

“The first video I uploaded was moderated for two-three days,” Kavanosyan, 35, told the Thomson Reuters Foundation, adding by the time it was approved “its relevance was lost”.

Founded in 2006, RuTube is one of several Russian social media platforms that have seen a surge in users since Moscow escalated its long-simmering dispute with Big Tech in an attempt to control the domestic narrative over its invasion of Ukraine.

With Russian media dominated by state outlets that closely follow Kremlin lines, the web has traditionally provided a space for opposition voices and open discussions.

Russia accuses the West of spreading false information about the invasion, which it calls a “special operation” to demilitarise Ukraine, and has restricted access to Twitter, Facebook and Instagram since sending its troops over the border. YouTube may soon suffer the same fate as it comes under growing pressure from Russia’s state communications regulator.

Although there is no stated policy on replacing foreign social media, the government has promised income tax breaks and preferential loans for homegrown IT companies, and employees can get their military service deferred. Politicians are also encouraging users to switch to domestic providers.

This has bolstered new and existing domestic rivals, who critics say are more pliant about complying with requests to remove content or help authorities with information. “This is really about the government seeking to have more and more complete control over the information that its citizens are receiving,” said Alina Polyakova, who heads the Center for European Policy Analysis (CEPA), a Washington-based think-tank.

RuTube was downloaded about 1.4 million times on Russia’s App Store and Google Play in the 40 days after Russia invaded Ukraine, up more than 2,000% on the previous period, according to data analytics firm Sensor Tower.

VKontakte, a Facebook-like site that already dominated the Russian market, saw a 14% jump in active users in March, with social networks Telegram and OK also experiencing 23% and 6% growth respectively, according to monitor Brand Analytics.

Instagram alternative Fiesta reached number one on Russia’s app store at the end of March and the newest entrant in the space is Rossgram, another Instagram clone. A parody black-and-white alternative called Grustnogram, which translates as Sadgram, has also gone live in recent weeks, inviting users to post sad pictures of themselves to express their grief at the loss of the U.S. platform.

Following Chine, Russia is not alone in attempting to foster a domestic internet ecosystem. Countries including China and India have built substitute apps and social media platforms that are more easily controlled by the government.

In China, the ban of Google and Facebook helped catapult WeChat to become the country’s leading digital platform. With the so-called great firewall blocking many Western platforms, local sites such as search engine Baidu and the Twitter-like Weibo have established dominance, though critics point out that they are closely monitored and heavily censored.

In India, after failing to control content posted on Twitter the government has actively promoted an alternative named Koo, which says it now boasts more than twice as many users as its U.S. competitor in the country.

Yet analysts say it might take time for Russia catch up with China in terms of fostering a local social media ecosystem, as some of its domestic platforms are a long way from becoming viable alternatives to their established counterparts.

Rossgram’s launch has been hampered by delays, and RuTube’s reach in Russia is still a fraction of that of YouTube, according to figures announced by the Russian company’s CEO and from market research groups.

RuTube said it strives to protect users from “fakes” and “disinformation”, adding that moderation processes were taking longer than usual due to increased load on the site and stricter legal requirements on the “reliability of information”.

Rossgram did not immediately reply to a request for comment. Wary of censorship, monitoring, and the potential consequences of speaking their minds, some content creators are avoiding domestic sites.

“I don’t see any point in the newly created Russian-language services. It is unlikely that I will be able to speak freely on them,” said Alexander Kim, a 40-year-old YouTuber and human rights activist.

“It takes some courage to produce quality content that attracts users. And users also need courage to provide feedback to content creators,” he said. “To put likes and write comments … is just dangerous.”

Russian platforms might also face logistical challenges as sanctions hamper their ability to import computer hardware such as servers to support further growth, he added.

YouTube stopped monetising videos for users in Russia in March, as global outrage over the Ukraine conflict mounted and Western sanctions started to pose banking challenges in Russia.

“The blocking of monetisation hit many independent editorial offices, journalists and bloggers, and made it almost impossible to create new journalistic or media projects,” said Kavanosyan.

Klimarev, from the Russian digital rights group, also urged tech giants such as Google and Apple to introduce technologies in Russia that encrypt internet traffic and foil attempts to block content.

“Shutting down and blocking the internet is Putin’s weapon,” he said. “When you turn off the internet for ordinary users, you involve them in the abyss of Putin’s propaganda.”