The issue of shop rooms under the motorised foot overbridge on Rajaji Road was the hottest topic for discussion at the meeting of Kozhikode Corporation Council on Wednesday. UDF councillor K.P. Rajesh Kumar said that the shop rooms have been occupied by a person without even signing an agreement with the corporation for the past three years. He demanded that he should be evicted from the rooms and should be blacklisted.

The Deputy Secretary of the Corporation said that the current occupant of the shops quoted the highest among the five qualified bidders and was hence selected. But as he could not produce a bank guarantee or remit the deposit amount on time, the corporation could not engage in a contract with him. However, he was served notice any number of times and he failed to pay the remainder of the deposit amount even after the final warning.

Congress councillor S.K. Aboobakker questioned why the corporation took rent from someone without a contract and alleged that there were other bidders who quoted higher amounts than the selected one. Town Planning Standing Committee Chairman M.C. Anil Kumar challenged the allegation. Secretary K.U. Bini said that the corporation has already taken a decision to take steps to evict the occupant of the shops.

The issue of accumulation of plastic waste in the city was brought up by Mr. Aboobaker. He blamed the corporation for backing out from the proactive steps taken in January 2020 supporting the ban on single use plastic. He said that the only recycling plant in the city at West Hill was burdened with excessive amounts of plastic waste and demanded that the corporation find a solution to the issue.

Health Standing Committee Chairperson S. Jayasree said that the corporation had to relax the plastic ban during the pandemic era, as food parcelling in plastic bags became a necessity. However, efforts are being made to reinstate the ban through awareness campaigns under the corporation’s hygiene protocol AZHAK. She said the city will be waste-free in three years.

Janata Dal councillor N.C. Moyinkutty raised an issue of administrative delay in connection with the survey department. The corporation has decided to raise the complaints about the surveyor with the tahsildar and the District Collector.

The council passed motions against the privatisation of LIC, price rise in general and highlighting the need to increase the funds for Scheduled Caste students to purchase laptops.

Deputy Mayor Musafir Ahamed, who chaired the meeting, earlier denied permission for an adjournment motion by BJP councillor Ramya Santhosh against the extravagance of the State government organising its first anniversary celebrations, when it is already debt-ridden. It is Palakkad’s turn to settle scores 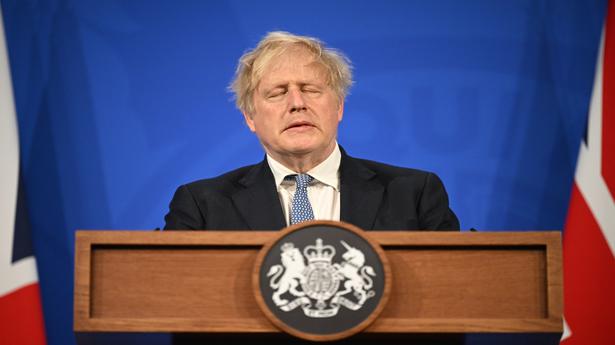