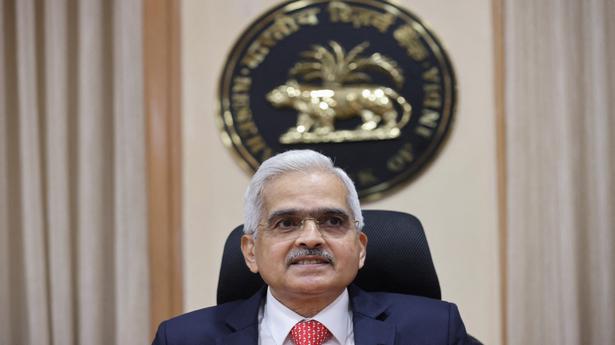 The LAF corridor will be symmetric around the policy repo rate with the MSF rate as the ceiling and the SDF rate as the floor with immediate effect, says Das

The LAF corridor will be symmetric around the policy repo rate with the MSF rate as the ceiling and the SDF rate as the floor with immediate effect, says Das

The Reserve Bank on Friday took steps towards normalisation of liquidity management to pre-pandemic levels, with the introduction of the standing deposit facility (SDF) as the basic tool to absorb excess liquidity, and narrowing the liquidity adjustment facility (LAF) to 0.50% from the 0.90%.

Governor Shaktikanta Das said the SDF would be at 3.75%, ie, 0.25% below the repo rate and 0.5% lower than the marginal standing facility (MSF) which helps the banks with funds when required.

The SDF has its origins in a 2018 amendment to the RBI Act and is an additional tool for absorbing liquidity without any collateral.

By removing the binding collateral constraint on the RBI, the SDF strengthens the operating framework of monetary policy, he said, adding that it is also a financial stability tool.

“The SDF will replace the fixed rate reverse repo (FRRR) as the floor of the LAF corridor,” he added.

“The LAF corridor will be symmetric around the policy repo rate with the MSF rate as the ceiling and the SDF rate as the floor with immediate effect,” Mr. Das said, announcing the first bimonthly policy review of FY23.

“Thus, at both ends of the LAF corridor, there will be standing facilities – one to absorb and the other to inject liquidity. Accordingly, access to SDF and MSF will be at the discretion of banks, unlike repo/reverse repo, OMO and CRR which are available at the discretion of the Reserve Bank,” he said.

The fixed rate reverse repo continues to be at 3.35% and will remain as part of the RBI’s toolkit whose operation will be at the discretion of the central bank, he added.

Further, Mr. Das said that as the situation had normalised, the RBI had taken measures towards rebalancing liquidity conditions while ensuring that its actions are “nimble and proactive but well-timed.”

“The Reserve Bank will continue to adopt a nuanced and nimble-footed approach to liquidity management while maintaining adequate liquidity in the system,” he assured.

During the last two years, RBI offered liquidity facilities of the order ₹17.2 lakh crore of which ₹11.9 lakh crore was utilised, he said, adding that ₹5 lakh crore had been returned or withdrawn so far but there continued to be a liquidity overhang of ₹8.5 lakh crore in the system because of the extraordinary measures of the pandemic.

“The RBI will engage in a gradual and calibrated withdrawal of this liquidity over a multi-year time frame in a non-disruptive manner beginning this year,” Mr. Das said.

The objective is to restore the size of the liquidity surplus in the system to a level consistent with the prevailing stance of monetary policy, he said, assuring that adequate liquidity to meet the productive requirements of the economy would be made available.

Meanwhile, Mr. Das also announced that to enable banks to better manage their investment portfolio in FY23, it had now been decided to enhance the limit for inclusion of SLR (statutory liquidity ratio) eligible securities in the held-to-maturity category to 23%.

Banks will also be allowed to include securities acquired between April 1, 2022 and March 31, 2023 under the higher enhanced limit of 23%, compared with 22% earlier.