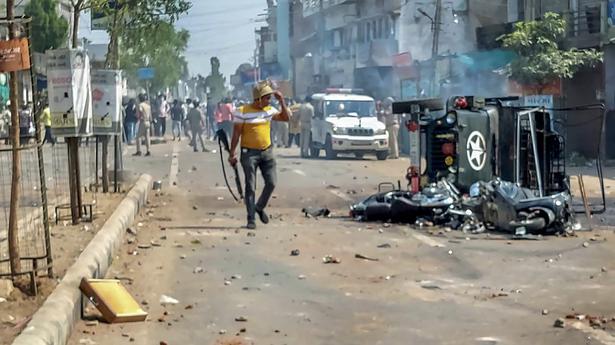 A 65-year-old man was killed and another injured as communal clashes erupted in Gujarat’s Khambhat during a procession taken out on the occasion of Ram Navami on Sunday.

Himmatnagar, another city in north Gujarat, also witnessed violence between members of two communities during a similar event.

In Himmatnagar, after incidents of stone-pelting, shops and vehicles were torched by the rioters.

Following the communal clashes in the two towns, Gujarat’s Minister of State for Home Harsh Sanghavi held a meeting of the top Home Department and police officials and directed them to take stern action against those who tried to disturb the peaceful atmosphere in the State.

In both places, the clashing groups indulged in stone-throwing and arson, prompting the police to lob tear gas shells to bring the situation under control.

“The body of an unidentified man was recovered from the spot in Khambhat, where two groups pelted each other with stones after a clash broke out between them during a Ram Navami procession late this afternoon,” Anand district Superintendent of Police Ajeet Rajyan said.

“Another person was injured and a few shop cabins were set on fire during the incident,” he said, adding that the situation was later brought under control using tear gas shells and heavy police deployment in the sensitive areas.

According to the the SP, the person whose body was found appears to have died due to the injuries he suffered during the clash. Investigation into the incident is under way.

A similar clash was reported in Himmatnagar and police had to use tear gas shells to control the violent mob that damaged some vehicles and shops.

“Two groups clashed and threw stones at each other over a Ram Navami procession. Some persons were hit by stones. But the situation was brought under control in some time,” Vishal Vaghela, Sabarkantha’s Superintendent of Police, said.

The rioters also torched four to five vehicles and similar number of shops in the town located 65 km north of the State capital Gandhinagar.

A large number of police personnel has been deployed to maintain law and order in Himmatnagar town.

On Sunday, Ram Navami was celebrated as the birthday of Lord Rama across the State with processions in many cities and towns. 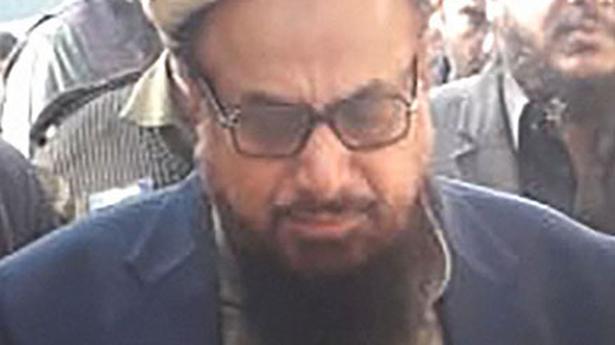 On the trail of rabies cases in Kerala