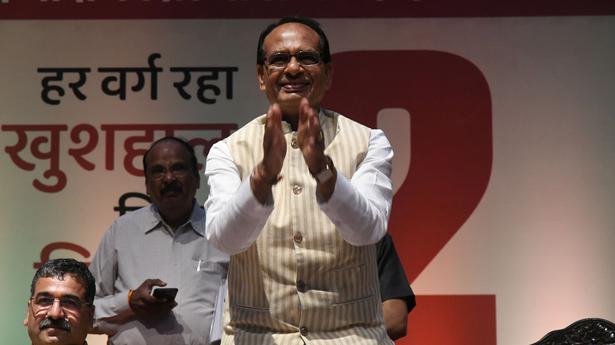 A day after communal clashes singed Khargone in Madhya Pradesh on the occasion of Ram Navami, the police on Monday said they have arrested more than 80 persons.

Less than 24 hours after the violence, the local administration demolished properties and houses of suspects allegedly involved in the violence. The city remained under curfew on Monday.

Similar incidents of communal violence were reported on Ram Navami on Sunday from Bihar, Jharkhand, West Bengal, Karnataka and Gujarat, which left two persons dead and scores injured even as the Union Home Ministry remained silent on the issue.

A senior police officer told The Hindu that in Khargone the violence broke when stones were hurled at a religious procession while it was passing through a lane adjacent to a mosque.

Asked if the procession had the required police permission as allegations have been raised that provocative slogans were raised near the mosque, Sumer Singh Mujalda, Additional District Magistrate of Khargone, said, “It is a traditional route for Ram Navami celebrations and the members had police permission. The procession was suspended for the past two years due to COVID-19. The situation is under control now.” Ten persons were injured in the violence.

The 2.5-km procession that started from Talab Bazaar had to converge at Shri Ram Dharamshala.

“Khargone is a communally sensitive place. We had earlier also requested the administration to deploy adequate police force, but the request was not heeded to. It is a police failure,” Ravi Joshi, Khargone MLA from the Congress, said.

Mr. Joshi said the city witnessed a similar communal flare-up seven years ago. In 2015, scores of people were injured and several houses were set ablaze when members of two communities clashed with each other around Navratri festival.

“Khargone is sitting on a powder keg and for the police to take the matter lightly is not acceptable. It is not clear what triggered the clashes. Both communities threw stones at each other. The area is under curfew and the reason will be clear once the restrictions are lifted. There must have been some action that warranted such a violent reaction,” Mr. Joshi said.

Madhya Pradesh Chief Minister Shivraj Singh Chouhan said, “The incident at Khagone on the occasion of Ram Navami is unfortunate. Rioters will not be spared, there is no place for rioters in Madhya Pradesh. The rioters have been identified and strictest action will be taken against them. Action will not only be limited to arrests, the damages will be recovered from the private or public property of the rioters.”

Pawan Sharma, Divisional Commissioner, Indore, told reporters in Khargone, “The administration has decided to demolish the properties of stone pelters during the Ram Navami procession. Police have taken the matter under control. Eighty-four accused have been arrested. Curfew has been imposed in Khargone.”

Despite repeated attempts, Mr. Sharma could not be reached for comments. 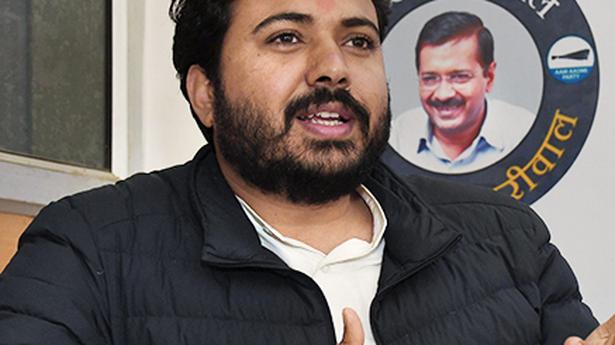 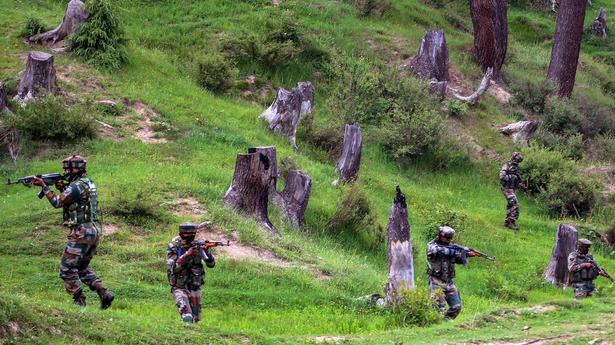