Chelsea fights off international blues, Conte guides Tottenham to fourth, nothing to separate Manchester City and Liverpool, and more from gameweek 30 of Premier League

Chelsea fights off international blues, Conte guides Tottenham to fourth, nothing to separate Manchester City and Liverpool, and more from gameweek 30 of Premier League

The Premier League title race is on a knife-edge after Manchester City retained pole position with a pulsating 2-2 draw against their closest challengers Liverpool.

Antonio Conte’s Tottenham revolution gathered pace with a 4-0 rout of Aston Villa that boosted their top four bid, while Leeds should be safe after an impressive win at Watford.

Here are three things we learned from the Premier League this weekend:

Manchester City and Liverpool traded blows throughout an enthralling clash between the Premier League heavyweights, but neither could land the knockout punch that would have put them on course to clinch the title.

Leaders City sit one point clear of second-placed Liverpool after goals from Kevin De Bruyne and Gabriel Jesus were cancelled out by Diogo Jota and Sadio Mane.

It was the kind of high-quality contest that underlined why both sides can stake a claim to being the world’s best.

Liverpool could cement that argument if they can pip City to the title, but Reds boss Jurgen Klopp knows the reigning champions will be tough to catch.

“It was an exceptional game of football. Two heavy-weights, chomping at each other. It’s crazy the intensity. A completely different level,” Klopp said.

“Both arms down for a second and you get a massive knock. Now we have to be as close to perfection to win seven Premier League games. Insane!”

Guardiola agreed with Klopp’s assessment that only perfection will be enough to take the title, and he admitted it was frustrating not to kill off their rivals.

“He likes his punching games! No regrets, but I had the feeling that with this result we missed an opportunity, a feeling we leave them alive,” Guardiola said.

Conte warms to task at Spurs

It has been a curious season for Tottenham, who topped the Premier League table in late August before results nosedived and they parted ways with manager Nuno Espirito Santo.

Antonio Conte, who arrived in November, often appeared grumpy in the early weeks of his reign, making no secret about his dissatisfaction with the club’s transfer policy.

But now the former Chelsea and Inter Milan boss is re-energised and senses “blood” after Spurs beat Aston Villa 4-0 to close in on a Champions League place next season.

Tottenham have won six out of their past seven league games at a time when Arsenal and Manchester United have stumbled, with both losing on Saturday.

Tottenham – three points clear of Arsenal and six ahead of United – are now favourites to return to Europe’s elite club competition for the first time since they 2019/20 season.

“We had to show in this moment that you start to feel the blood of your opponent and it is important to not fail,” said Conte.

“For this reason we are working a lot on the mentality. The players are giving me great satisfaction in many aspects.”

Leeds pull away from danger

The decision of the Leeds hierarchy to dispense with the services of much-loved manager Marcelo Bielsa was not a popular one, but their move now looks canny.

Leeds, in their second season back in the Premier League, were just two points above the relegation when the Argentine was sacked in late February.

There was not an immediate bounce under US coach Jesse Marsch but three wins in four games have lifted the club nine points above danger and they are nearing safety.

“So much of my emphasis is on the team and us as a group and what we’re about and how we’re going to achieve things together and any time that it draws attention to me, I don’t necessarily like it,” Marsch said. 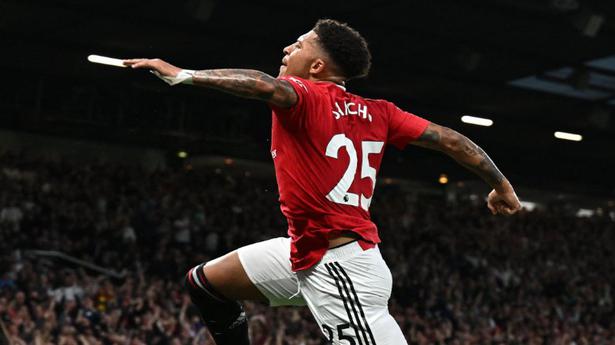