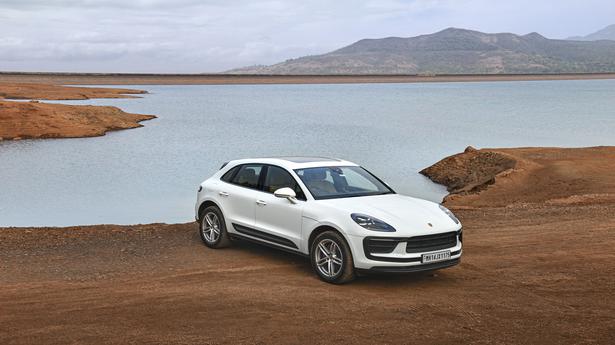 If you are willing to dish out the money, the refreshed Macan offers an un-SUV like, undiluted experience at the wheel

If you are willing to dish out the money, the refreshed Macan offers an un-SUV like, undiluted experience at the wheel

Looks like Porsche has taken the adage — If it ain’t broke, don’t fix it — seriously since the inception of the 911 in the 60s, and to this day the Stuttgart giant follows the same ethos.

Hence, it is safe to assume that the refreshed Macan, which is also a entry to the Porsche range, will have the historic pedigree and that special feel. To discover this, we headed out to a scenic, snaking road through Maharashtra’s Varandha Ghat. In a nutshell? Porsche territory.

The Macan gets a 2.0-litre turbo-petrol engine making 265hp. It is essentially the same engine as the one in the Audi Q5, but you need not frown just yet. Porsche has tweaked it to be more Porsche-like. It churns out 20hp more and the engine has a distinct character and a lot more enthusiasm. There is a sense of eagerness as you accelerate off the line, but it is also linear all the way up to its 6,800rpm redline.

Ambling about in the city feels relaxed and effortless, but in the ghat section, it comes into its own. Engage ‘Sport’ mode, and the enthusiasm is further heightened with sharper responses. What the Sport mode also does is open up the exhaust valves for a raspy note with some pops and crackles. Power is transmitted to all four wheels through a 7-speed PDK gearbox, which is well calibrated. The gear ratios are spaced out, so when you engage manual mode, it allows you to fully control the gearbox with the paddle shifters.

Coming to the engine capacity or its output, one aspect that separates a Porsche from the rest is the way it handles. It is the same with this new Macan. It is a midsize SUV, but nothing about it feels SUV-ish on a set of twisties. The BMW X3, for example, is a similar-sized SUV that is also very good to drive, but it is unapologetically an SUV in the way it handles. The chassis, body control, steering ratio and suspension set-up of the Macan is all spot on. There is a lovely heft to the steering that might seem a bit iffy in tight city spaces, but it is more rewarding in the right setting. It is an EPS system, no doubt, but it is the best EPS system out there offering the most feel.

Changing direction is effortless and there is a heightened sense of what the front end is up to when you are mid-corner. Something you cannot say for many cars of the present, let alone SUVs. The Macan gets a rear-biased all-wheel drive system that further elevates its handling prowess. There isn’t any of that understeer associated with front-wheel drive or nose-heavy SUVs. Also, the fatter rear tyres make sure they claw into the tarmac, and offer optimum grip at all times.

The vechicle proves its mettle in the ghat section and is by far the best handling SUV on sale. Sure the ‘S’ and the ‘GTS’ are more powerful and get adaptive air suspension, among other things, but as far as a pure, unadulterated drive goes, even this ‘base’ Macan puts a smile on your face.

Once you are done with the twists and turns, you can head back in comfort because the ride quality on the Macan is also impressive. With 19-inch wheels as standard, there is enough tyre wall to soak in the bumps, but the steel springs are also set up in a way where the bumps do not really rattle the occupants. However, if you spec your Macan with larger wheels, it will be at the cost of ride quality. There is also an off-road mode that adjusts the power delivery for when you want to tackle challenging terrain.

The refreshed Macan gets a new interior, and one that is devoid of the array of buttons we saw earlier. The centre console gets a large touch panel with haptic buttons for most controls, but the HVAC settings still get dedicated buttons which is very Porsche.

The touchscreen too is bigger at 10.9 inches, which is a lot better in resolution, but it only supports Apple CarPlay and misses out on wireless CarPlay and wireless charging. Thankfully, the one thing they did not fiddle around with is the instrument cluster. The big analogue tachometer in the centre with the speedo on the left is reminiscent of classic Porsches. There is a nice colour MID screen on the right which is quite informative and a tasteful clock on top of the dashboard where the lap timer usually is. The upholstery as standard is all-black, but you can choose the beige and black for a few extra thousands. Also in the options list is the panoramic sunroof, which costs an extra ₹ 1.67 lakh, but, there is no option of ventilated seats for the entry-level Macan.

In the rear, the Macan struggles. You can make out that the engineers have spent time in perfecting the drive, while things like practicality and space took a back seat. The rakish roofline means headroom is a premium, legroom is not impressive and the rear seats are enough for two adults. Then again, you buy a Porsche to be in the front seat.

The Macan has the bulbous curves of a Porsche, but look closer and you will notice the revised bumpers at the front. The ‘tiger claw’ air vents are conjoined now, with a body-coloured panel, and you have a new grille and new LED headlamps as well. The lovely clam-shell bonnet remains though.

Over to the side, the 19-inch wheels and coupe-like design make it instantly recognisable as a Macan, and for the connoisseurs out there, there is a new 3D pattern on the black panel low down. The rear continues to flaunt the long LED light bar and chunky exhausts that are not just for aesthetics. Overall, it is a Macan alright, and the compact dimensions are one of reasons it handles the way it does.

Without a shadow of doubt, the refreshed Macan is mighty impressive. Sure, the fantastic Varandha Ghat did add a bit of a bias, but it also confirmed the assumption that every Porsche that leaves the factory brings with it a bit of magic. However, there is a price to pay for this elevated experience. The new Macan starts at ₹83.21 lakh (ex-showroom, India), and that is before you start speccing it up.

Price has always been a point that has affected the Macan’s image, and has refrained many buyers from signing the cheque. However, if you regard driving prowess over everything else, the new Macan is the car for you. It is rewarding, joyful and no SUV, currently on sale in India, can match the undiluted experience that the Macan offers. A look at the Cardo Packtalk Edge Bluetooth communicator 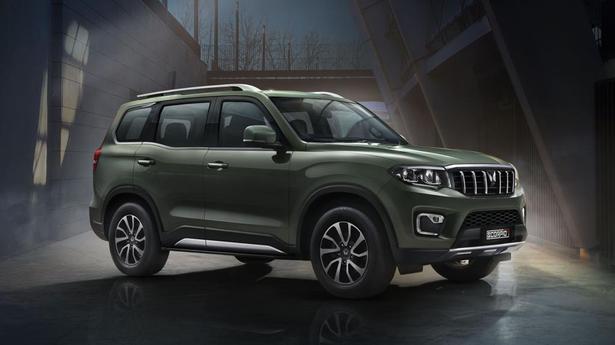