The Bharatiya Janata Party (BJP) said it was not ready for any discussions with the Social Democratic Party of India (SDPI) in the light of the murders of SDPI and Rashtriya Swayamsevak Sangh (RSS) workers in the district.

District Collector Mrunmai Joshi had said that she would convene a meeting of the Popular Front, SDPI, RSS, and BJP leaders as part of bringing normalcy back to the district.

The BJP had boycotted an all-party meeting held under the chairmanship of Minister for Power K. Krishnankutty at the Collectorate here on Monday.

BJP State secretary C. Krishnakumar said there was no question of holding a dialogue with the SDPI. He demanded that Central agencies should investigate the economic sources and the armed training of the Popular Front. “We will ask Union Home Minister Amit Shah to conduct an inquiry when he visits Kerala on April 29,” Mr. Krishnakumar said.

Mr. Rajasekharan alleged that the SDPI was functioning as a B-team of the CPI(M) in the State. He said the government and the police were safeguarding the SDPI.

He said that the CPI(M) was intending to make political gains by trying to decimate the BJP in Kerala. “Instead of tackling communalism, they are talking about tackling majority communalism,” he said. 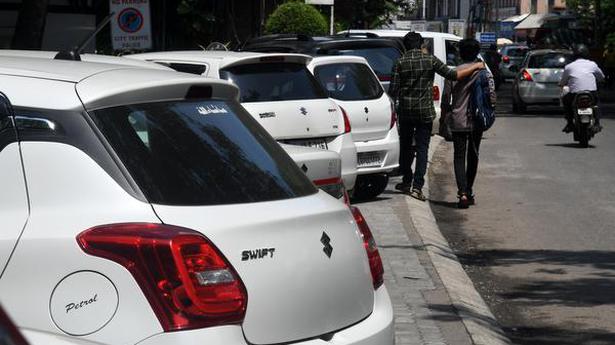 VACB findings put MVD officials in Kozhikode on the defensive

Gujarat riots, Mughal period to figure in Plus Two syllabus