The National Medical Commission (NMC) has made it compulsory for every medical college to have a “Department of Integrative Medicine Research” to promote integration of modern medicine with homoeopathy and Indian systems of medicine such as Ayurveda.

Suresh Chandra Sharma, Chairman, NMC, said this at his first joint meeting with the functionaries of the National Commission for Homoeopathy (NCH) and the National Commission for Indian Systems of Medicine (NCISM). The meeting was held on June 29 as per Section 50(1) of the NMC Act, 2019. Its details were made available through a query under the Right to Information (RTI) Act by K.V. Babu, Kannur-based ophthalmologist and RTI activist.

Dr. Sharma said at the meeting that the best methods for integration should be found out and implemented in a scientific manner for the development of all three sectors. This should eventually serve the purpose of helping the mankind in disease prevention, cure and control, he said.

Aruna V. Vanikar, president, Under Graduate Medical Education Board, NMC, said that steps were being taken to change the MBBS course curriculum. Yoga would be included as “mandatory practice” for 10 days for students as well as the faculty. It would start on June 10 every year and conclude on the International Day for Yoga. A module prepared by the Morarji Desai Institute of Yoga, New Delhi, had been included in the curriculum. There would be male and female instructors. Yoga might be included in theory part as well “subject to its acceptability”.

Anil Khurana, chairperson, NCH, said MBBS students can do a one-week internship in Ayush systems in homoeopathy colleges so that they “gain awareness and respect for other system of medicine”. He also expressed the need to have the right perception about homoeopathy in society. Dr. Khurana urged caution at the time of preparing regulations to avoid disrespect about other systems of medicines. He pointed out that it was a wrong perception that the quality of Ayush research was not up to the mark. Research had shown that the death rate in Japanese encephalitis cases had come down by 15% using homoeopathy treatment, he added.

Vaidya Jayant Deopujari, Chairman, NCISM, spoke about the different definitions of “integration” and sought a consensus. In the postgraduate system of medicine, while there was clarity with respect to nomenclature in modern medicine, Ayurveda did not have it and it was leading to confusion, he said.

“From the above documents, it is clear that the dissolution of the Medical Council of India and its replacement with the NMC was for promoting unscientific ‘mixopathy’ calling it integration. It will be a disaster if this trend continues,” Dr. Babu told The Hindu on Wednesday. 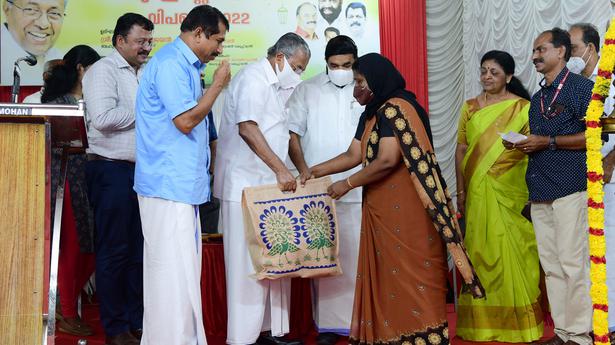