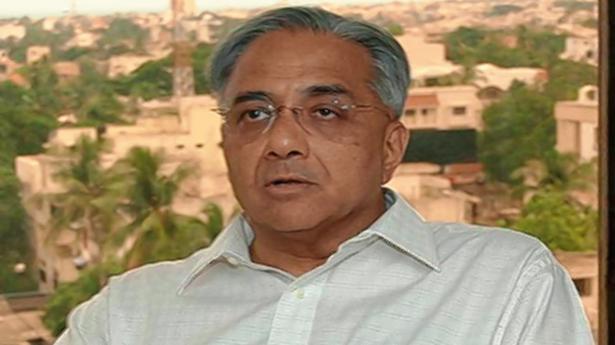 Everything about him spelt dynamism. He personified the industrialist that P.G. Wodehouse wrote about — the kind that thumped the table and demanded results. As though to aid in this, NS, as most people in Sanmar and his extended world spoke of him, would often have a scale or a long ruler in his hand while he conducted meetings. He was restless in discussion — continuously doodling and shading but was in reality all attention to what was going on. Too often, he was at least five steps ahead of what the others in the group were thinking. He invariably expected his listeners to keep pace, which is why he was staccato during discussions — a few key words and you needed to build the rest in your mind.

He was ahead in everything — be it technology (he held forth on 3D printing around a decade back at a meeting I attended), environment (his companies became zero leakage entities long before others thought of it), sport, business, and news in general. Heaven knew when he read, but read he did. In keeping with his personality, Sankar was a speed reader and if you gave him a document that you thought he would keep for day it came back within an hour complete with errors noticed and marked. The scrutiny and speed doubled when financial papers were being presented and discussed. And he never forgot — not a single figure ever escaped his memory. And he had a formidable eye for detail.

The same thoroughness he brought to all areas of interest, and he had a bewildering array of them — sports, periodicals and art. His personal library was perfectly catalogued. And as for Sanmar, it had a digital archive of photographs right from its inauguration! He was boundless in his generosity by way of time and resources towards deserving charities. The man was incapable of thinking small. Any institution he became involved with had to be strengthened and made long-lasting. And they all flourished.

Sankar joined business on a date that delighted his mathematical senses — 4/5/67, the day Chemplast was inaugurated. He could have remained content with running that operation but early in life he decided he had to found something on his own — that was when he got into engineering — visiting the U.S. in the 1960s to convince companies to go into a joint venture with him, investing in a country that few knew and in a city that most Americans had never heard of. His favourite story was of how, on the verge of a tie up, the U.S. partner threatened to back off — he had heard of Sheikh Mujib’s assassination in Dhaka and assumed it was part of India, one large lawless country!

Under Sankar, Sanmar expanded into many areas — many were hugely successful, others not so but all bore his stamp — perfect systems and the right people. He did not suffer fools and could smell them from miles away. And he loved challenges — the man was a born fighter who took problems head on. When I worked on the Sanmar history, I noticed it was a series of seemingly insurmountable obstacles it overcame. He was delighted with the title I suggested — Grit and Determination. It symbolised him! But we settled on another that too represented him — Integrity and Excellence.

The writer is a Chennai-based historian, writer and entrepreneur What are FTX’s investors saying?