Byelections to one Lok Sabha and six Assembly constituencies threw up politically significant results on Thursday as BJP managed to breach Azam Khan’s fortress of Rampur in Uttar Pradesh and embarrassed former ally, Bihar Chief Minister Nitish Kumar, by defeating his party candidate in the Kurhani Assembly seat of Bihar.

The Bharatiya Janata Party (BJP) stormed to power in Gujarat with a historic mandate, winning a record-breaking 156 out of 182 seats, a seventh consecutive victory for the party in the native state of Prime Minister Narendra Modi. The party’s vote share also jumped to 52.5%. The BJP’s victory has also battered the previous Congress record of winning 149 seats in 1985 during the Madhavsinh Solanki era of Gujarat politics.

The Congress made a comeback in Himachal Pradesh on Thursday, by winning 40 seats in the high-stakes electoral contest for the 68-member Legislative Assembly, edging out the ruling Bharatiya Janta Party (BJP), which had appeared confident of returning to power.

Ten years after it was formed, the Aam Aadmi Party (AAP) is all set to get the status of a national party after securing nearly 13% of the vote share and five seats in the Gujarat Assembly election.

Thanking the people of Gujarat for helping the party achieve the status, party convener and Delhi Chief Minister Arvind Kejriwal said, “We have managed to breach the fortress this time, next time we will conquer it.”

The Supreme Court on Thursday said nobody is stopping the government from bringing a new law on judicial appointments, but till then Collegium system and its Memorandum of Procedure (MoP) is the “final word”.

The court’s remarks to the government came after Vice-President Jagdeep Dhankar criticised the striking down of the National Judicial Appointments Commission (NJAC) Act by a Constitution Bench in October 2015. Mr. Dhankar, obliquely referring to the NJAC law, said the court had “undone” the will of the people expressed through the Parliament.

Cyclone Mandous which is likely to be packed with heavy rains and strong wind may hit the north Tamil Nadu coast between Puducherry and Sriharikota, around Mahabalipuram on December 9 (Friday) at midnight, with a wind speed gusting up to 85 km per hour.

As Congress wins Himachal, race for CM post all set to grow hot

After the Congress party won the 2022 Assembly election in Himachal Pradesh, the race for the post of next Chief Minister in the hill State is all set to grow hot as the faction-ridden State unit has several contenders for the top post.

Chinese President Xi Jinping met Saudi Arabia’s powerful crown prince on Thursday on an Arab outreach visit that will yield billions of dollars in deals and has earned a rebuke from Washington.

About $30 billion in agreements will be signed on Thursday, Saudi state media said, as China seeks to shore up its Covid-hit economy and as the Saudis, long-term US allies, push to diversify their economic and political alliances.

Air India on Thursday announced its plans to refurbish the interiors of its entire wide-body fleet at a cost of more than $400 million.

The overhauling exercise will include adding the latest generation seats and best-in-class inflight entertainment across all cabin classes on its 27 Boeing 787-8 and 13 Boeing 777 aircraft.

In electoral arena, BJP remains the party to beat

On the face of it, the results of the Assembly polls in Gujarat and Himachal Pradesh, and the municipal corporation elections in Delhi (MCD), gave every contender what they wanted — an even-stevens draw, with the BJP winning its seventh straight, record-breaking victory in Gujarat; the Congress wresting Himachal Pradesh; and the Aam Aadmi Party (AAP) finally capturing the MCD. But the lessons to be drawn are in the details.

Rajya Sabha Chairman Jagdeep Dhankhar on Thursday urged the members of the House to share their inputs on ways to showcase India’s culture through the G20 platform.

Peru’s new President Dina Boluarte was on Thursday facing pressure to form a government, a day after the country was thrown into political chaos by the dramatic arrest of her predecessor who stands accused of attempting a coup.

The South American country’s first-ever woman leader asked the opposition for a truce as she tried to end the turmoil sparked by Pedro Castillo, who had attempted to dissolve parliament and rule by decree.

On the 92nd day of his “Bharat Jodo Yatra”, Congress leader Rahul Gandhi on Thursday briefly interacted with students who welcomed him in Kota, Rajasthan’s hub of coaching institutes.

Mr. Gandhi described them as the “future of India” and exhorted those gathered to raise “Bharat Jodo” slogans. 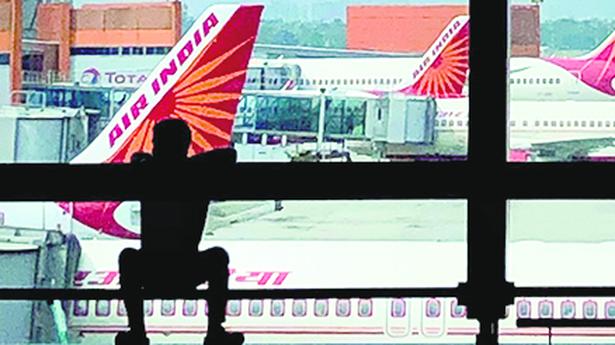 It will be ‘silly to leave India’, says crisis-hit Franklin Templeton