A convention on the ‘need to guard freedom of speech and expression’ planned by a forum of rights activists in Kozhikode expressing solidarity with journalist Siddique Kappan, who was imprisoned after being charged under the Unlawful Activities (Prevention) Act and recently granted bail by the Supreme Court, was cancelled on Wednesday following a police report pointing to chances of clashes at the venue.

Indian Union Muslim League leader Syed Munavvar Ali Thangal, M.K. Raghavan, MP, and K.K. Rema, MLA, were some of the main speakers invited to the event. Sources said the organisers were forced to cancel the programme after the Bharatiya Janata Party (BJP) leadership objected to the possible participation by people’s representatives in the meet and approached the police and the National Investigation Agency (NIA) seeking denial of permission to it.

According to the BJP leadership, the move to hold the meet challenged law and order and the ongoing probe by the NIA into anti-national activities. Meanwhile, police sources said there were no instructions from the authorities to deny permission for the event. The organisers had voluntarily cancelled the programme, they added. 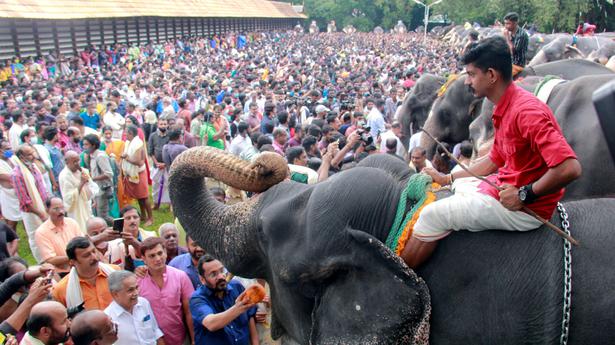 Ropeway at Sabarimala set to take off