The Mangalapuram police have commenced a manhunt for two persons who have been accused of hacking a petrol pump employee at Kaniyapuram.

According to the police, Ajeesh (19) of Chittattumukku who works in a petrol pump at Kaniyapuram had come under attack by a motorcycle-borne duo around 7.30 p.m. on Monday. While attending to vehicles during a rather busy period, Ajeesh asked the assailants to adhere to the queue system in place.

However, the duo, who are believed to have been identified by the police, unleashed violence at the petrol pump. The person riding pillion hacked Ajeesh using an axe. He was later admitted to a private hospital with injuries on his face and hands. Truth will come out: S. Jaishankar on the Kerala gold smuggling case 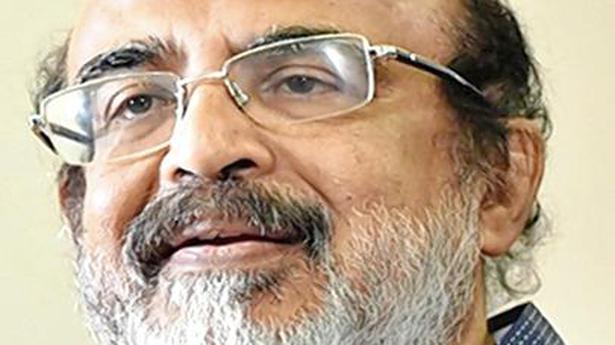