The crime thriller series on Netflix is bound in the tapestry of grief, a rarity in these days of vigilante entertainment

The crime thriller series on Netflix is bound in the tapestry of grief, a rarity in these days of vigilante entertainment

As yet another mother seeks justice for her daughter by taking the law into her hands, one was prepared for a predictable slow burner where an everywoman would transform into a revenge machine, and eventually find the culprit from a bevy of red herrings.

However, the Netflix series turns out to be much more. The crime thriller is bound in the tapestry of grief, a rarity in these days of vigilante entertainment. The realistic approach makes you emotionally bond with Sheel Chaudhary (Sakshi Tanwar), the mourning mother in search of justice in the labyrinthine Lucknow during the course of the six-episode series.

When Sheel tastes the favourite pastry of her daughter, our throat develops a lump. When she tells the school clerk how good her mute daughter was at making friends, one can’t prevent the eyes from welling up. Even the lighting is dim and amber, perhaps, indicating the jaundiced world that directors Atul Mongia and Anshai Lal have painted for Sheel and the audience to navigate.

It is the kind of series where violence not only appears inevitable, but also justified. And that is what makes it difficult to absorb.

Sheel shows spine without shedding her cultural values and gender traits, ingrained over the years. It makes her actions believable and closer to the world around us.

Sakshi ensures that there is not an ounce of pretense left in her performance. Her everyday charm makes you tide over the larger-than-life leaps that Sheel takes as the series progresses. She owns the screen but still manages to look fragile and vulnerable,a nd reminds one of Pavan Malhotra’s performance in  Tabbar, where grief was a dominant emotion as well.

The genteel nurse works in an old-age home. When her doctor-daughter Supriya dies in an ‘accident’, Sheel, unlike her husband Yash and family members, doesn’t buy the police theory and goes in search of powerful people who wanted her mute daughter to go silent. She listens to the threats and the abusive language of the mobsters with a straight face and goes about her job.

She uncorks her tear ducts to get out of a sticky situation and uses her medical training to take on her mighty opponents, but every time she crosses the line, the camera spends an extra second on her face to silently capture the moral dilemma that she is going through.

It pauses on the face of Faroque Siddiqui (Ankur Ratan) as well. The police officer could not fit into the world of his upper-class wife and failed to make a passage for Supriya to enter his. First, Sheel sees him as a Muslim, but as the series progresses, both realise the complex spaces they inhabit and the inner demons they are grappling with.

As Sheel goes on the hunt, she comes across a series of morbid characters. There is a well-meaning gang lord in the guise of a businessman (Prashant Narayan) whose mistress Neelam (Raima Sen) doesn’t seem to be as forgiving. She has risen through the ranks and doesn’t want to let go of an opportunity that came her way. Among the gangsters, there is a queer couple (Anant Vidhat and Vaibhav Raj Gupta) who, like Neelam, are desperate to break into the big leagues.

Even if the text falters, the subtext, backed by solid performances, works. With eyes that can hold a hundred expressions, Wamiqa Gabbi is immensely watchable as Supriya, both as the girl in love with a married man, and somebody whose sign language is not truly deciphered by those close to her.

In fact, the mute girl who could hear everything that is happening around her, becomes a metaphor for the intolerant times we live in. Supriya’s stand-up comedy act becomes a political statement, and the fact that her mother lends her voice to the act becomes a telling sign for the things to come.

It is not an easy ride as the screenplay carries multiple stories pulling the narrative and our attention in different directions. Should we draw meanings from the relationship of Sheel and her husband Yash (Vivek Mushran) that seems to be bending under the load of a difficult decision made in the past? What should we infer from their position in the family hierarchy where the modest couple is gently shown its secondary place? The makers have perhaps preserved answers for many such questions in the second season.

Mushran is also impressive as the husband who is facing the storms of life with a smile. Perhaps, he is carrying a secret that will spill out later. Ankur and Anant contribute to building the intrigue and Prashant is known to shine in dark spaces. However, Raima’s performance dangles between low-key and off-key; she can’t quite create the aura of power that Neelam commands.

The writers — Tamal Sen, Amita Vyas, and Atul — are miserly as they drop subtle hints before the action happens, each time pushing the audience to connect the dots. It is a series that will leave you mentally and emotionally exhausted by the end of it, but mostly in a good way.

However, this doesn’t mean that the screenplay doesn’t have loose ends and convenient twists. The emergence of a twin of a crucial character abruptly gives the refined series the feel of a regular potboiler. After a point, the writers leave too much to chance and Sakshi’s acting talent. The end result of a well-choreographed shootout is unconvincing, and so does the way Sheel breaks into a chemist shop before the finale. In the end, when Sheel overhears a revelation, we wonder whether we over-invested in  Mai.

Mai is currently streaming on Netflix 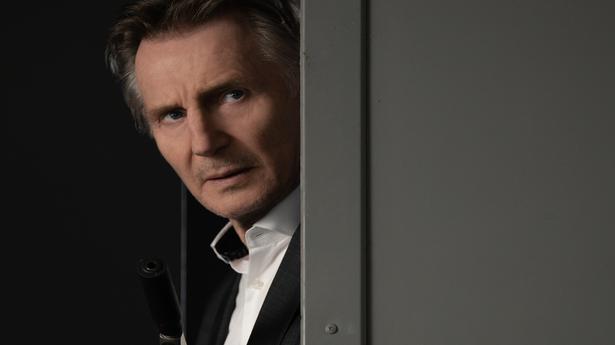