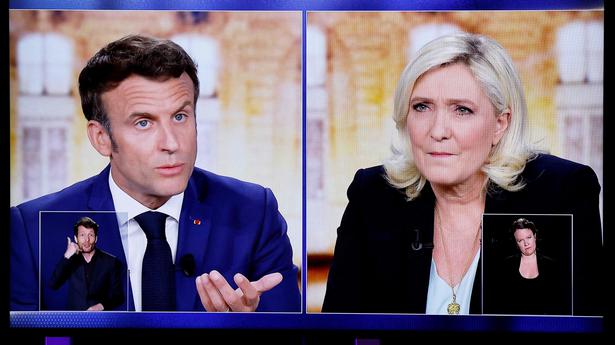 Le Pen sought to appeal to voters struggling with surging prices amid the fallout of Russia’s war in Ukraine.

Le Pen sought to appeal to voters struggling with surging prices amid the fallout of Russia’s war in Ukraine.

French President Emmanuel Macron tore into his far-right challenger Marine Le Pen in a television debate Wednesday for her ties to Russia and for wanting to strip Muslim women of their right to cover their heads in public, as he seeks the votes he needs to win another 5-year term.

In their only head-to-head confrontation before the electorate has its say in Sunday’s winner-takes-all vote, Macron took the gloves off, arguing that his rival is unsuitable to lead the nuclear-armed and ethnically diverse European power and deal with Moscow. He sought to portray Le Pen as fundamentally untrustworthy, accusing her of dishonesty and of using faulty figures in her election promises.

He also said plans by the anti-immigration candidate to ban Muslim women from wearing headscarves in public would trigger “civil war” in the country that has the largest Muslim population in western Europe.

Le Pen, in turn, sought to appeal to voters struggling with surging prices amid the fallout of Russia’s war in Ukraine. She said bringing down the cost of living would be her priority if elected as France’s first woman president, portraying herself as the candidate for voters unable to make ends meet.

She said Macron’s presidency had left the country deeply divided and she repeatedly referenced the so-called “yellow vest” protest movement that rocked his government before the COVID-19 pandemic with months of violent demonstrations against his economic policies.

“France needs to be stitched back together,” she said.

The debate drove home the yawning gulf in politics and character between the two candidates again vying for the presidency, five years after Macron handily beat Le Pen in 2017.

Polls suggest that Macron, a pro-European centrist, has a growing and significant lead over the anti-immigration nationalist, ahead of Sunday’s vote. But the result is expected to be closer than five years ago and both candidates are angling for votes among electors who didn’t support them in the election’s first round on April 10.

“I am not like you,” Le Pen said as they clashed about France’s energy needs.

“You are not like me,” Macron said. “Thank you for the reminder.”

The French leader was particularly mordant in his criticism of a loan taken out by Le Pen’s party in 2014 from a Russian-Czech bank. He said that debt meant that, if elected president, Le Pen’s hands would be tied when dealing with the Kremlin.

“You are speaking to your banker when you speak of Russia, that’s the problem,” Macron charged in the evening primetime debate that was expected to be watched by millions.

“You made a choice which, obviously, acted as a constraint on your political position and does not make you independent on that issue. That is a fact,” Macron said.

Le Pen bristled at Macron’s suggestion that she is beholden to Russia. She described herself as “totally free.” She said her party is repaying the loan and called him “dishonest” for raising the issue.

Just hours before Wednesday’s debate, imprisoned Russian opposition leader Alexei Navalny had stepped into the French presidential campaign, urging voters to back Macron and alleging that Le Pen is too closely linked to Russia.

Macron emerged ahead from the April 10 first round. But Le Pen, who has gained ground this year by tapping anger over inflation, has significantly narrowed the gap in public support compared to 2017, when she lost with 34% of the vote to Macron’s 66%.

Both candidates had prepared carefully for Wednesday’s debate. But Le Pen made an inauspicious start: Having been picked to speak first, she started talking before the debate’s opening jingle had finished playing. Inaudible because of the music, she had to stop and start again. She apologized.

Once the jousting began, Macron quickly put Le Pen on the defensive. He zeroed in on her voting record as a lawmaker and questioned her grasp of economic figures.

In 2017, a similar debate struck a decisive blow to her campaign.

Both candidates need to broaden support before Sunday’s vote. Many French, especially on the left, say they still don’t know whether they will even go to the polls. 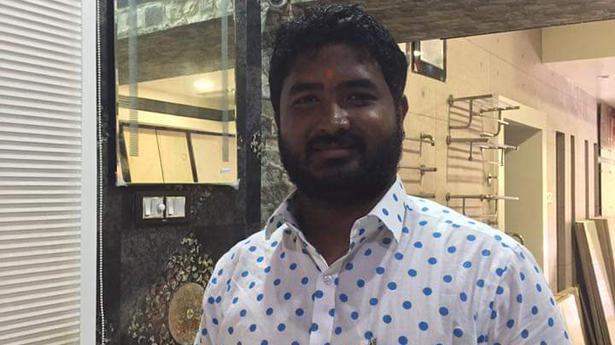 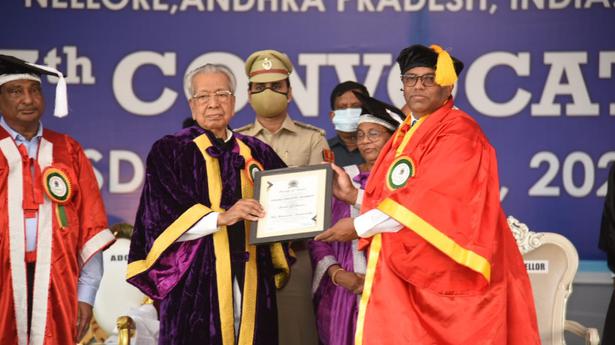