“When someone compliments you on your music, just say thank you and stop criticising yourself. Play your music, play whatever makes you happy,” says Corky Siegel, musician and singer-songwriter. In a conversation peppered with good humour, there is an unbridled joy as he recounts his unusual foray into the world of blues and blues-rock. At 78, his zest to share his music and knowledge remains undiminished; he is as gleeful as a child sharing a secret when talking about his success as a musician.

“I call it a secret since it is something which seems negative. In reality, it’s one of the most positive things in my life,” he says, going on to recount how he did not possess the necessary skills to become a musician.

“I loved music and I even took lessons but I didn’t do very well. I was almost 20 when I learned about the blues which is built on the framework of a simplified form of music. I realised early on that I lacked what was needed to play music. Yet, when I heard the blues I fell in love with it — its emotion, expression, rhythm.”

“I started learning bit by bit and instead of mastering an entire song, I would take one phrase and play it over and over for months.”

Corky says his unorthodox manner of learning, ‘from the opposite end’ is not how one traditionally learns music where a focus on theory and method dulls the joy of being able to play. “However, that’s been my approach to music,” he says.

Even as he was finding his groove, Corky and his friend, guitarist Jim Schwall, began making waves. They were playing the blues at a time and place when not too many white people accepted it as serious music.

Despite the years and his roaring success, Corky hasn’t lost that sense of wonder over the turns his life has taken. There is no mistaking the amazement in his voice as he talks about how his idol Howlin’ Wolf came with his family to watch him play. Or how a club regular turned out to be maestro Seiji Ozawa of the Chicago Symphony Orchestra who offered the Siegel-Schwall band the chance to tour with them.

Or violinist L Subramaniam’s insistence that Corky play with his orchestra. “It was 1999, and despite my repeated protests that I was just a budding blues person, L Subramaniam who was vising Chicago didn’t take ‘no’ for an answer. He wrote a simple, yet complex piece for me and though I practised the best I could; at the concert all I did was close my eyes and play. And after the concert, Subramaniam said he wanted me to tour with him.”

Corky admits he often wondered what made established musicians want to partner with them. “Why did they choose us? I guess there was an innocence, a little bit of a uniqueness and an inability to copy someone else’s style.”

He confesses that he did try though. “Early on, I was trying to play Roland Kirk solos. I wanted to be Howlin’ Wolf. Eventually, I figured out that I just wanted to play; that I was my best when I was doing what was easiest for me. I found the things I loved that were easy and then developed on them.”

Corky says that is the greatest takeaway from his life. “It’s all about expression and that is what I try to impart to those who feel they don’t have the skills or that they can’t play music,” he says.

However he clarifies that he does not want to detract from the achievements of those who do follow a more structured approach to music. “It’s probably the best approach, but I was not able to use it and there may be others who are unable to use it too.“

“In my 40 years of doing workshops for all instruments and genres, I haven’t come across a person without a soul for music, even if they didn’t know it themselves. You needn’t point it out to them — just guide them and they will eventually stumble on to it themselves.”

As a music instructor, Corky says he dislikes the use of the word ‘talent’ as it implies some people possess it, while others don’t. “It’s the arts. It’s the one thing in our lives where we can express ourselves without borders or conditions. Yet, we superimpose our insecurities on the innocent music form that welcomes everyone. All it wants to do is bring the world together. Well, the good news is despite all we’re doing, it’s still bringing people together,” he laughs joyously.

Is one ever too old to play an instrument? “I think it’s possible that you might be too old to learn how to pole vault,” his laughter is contagious. According to him the keyboard and the harmonica are perhaps the easiest to learn simply because the are so instantly rewarding. “You could have no knowledge of music and still create beautiful sounds on these instruments. And there’s only one requirement to play the harmonica — you have to be able to breathe,” he laughs again and adds, “Well, actually that’s true for the keyboard too.“ ‘CAT’ series review: Laced with dollops of dope and gunpowder, Randeep Hooda drives this twisted tale of grit from Punjab 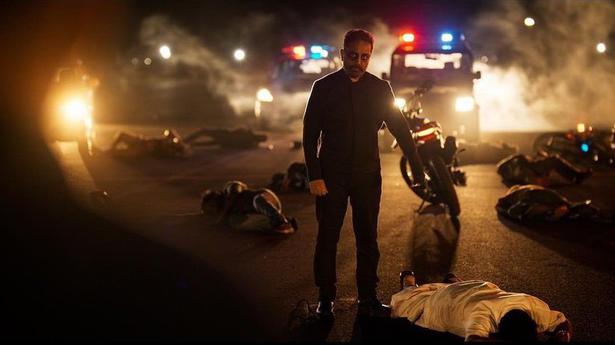