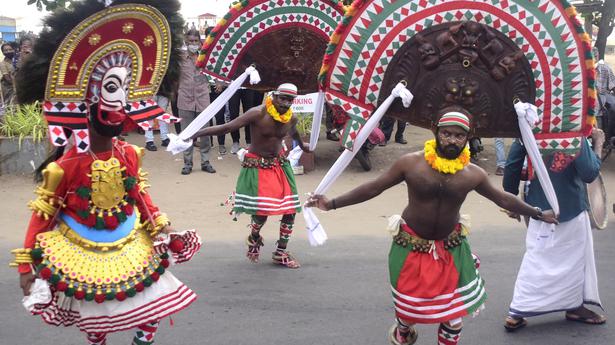 The first anniversary celebrations of the second consecutive LDF government in Kerala had a colourful start in Kozhikode on Tuesday. Several cultural programmes were presented in the proclamation rally from Muthalakkulam grounds to the Kozhikode beach, where the mega exhibition as well as cultural programmes and events that are part of the celebrations, are being held.

P.A. Mohammed Riyas, Minister for Public Works and Tourism, virtually inaugurated the celebrations in the district while Thottathil Raveendran, MLA, presided over the function. Mr. Riyas said that the State was committed to ensuring the uplift of the marginalised along with every other sections of society and that the effort is to ensure overall development along with welfare.

In his inaugural address, he urged the public to not fall for false propaganda against K-Rail which is meant to take the State a quarter century ahead in terms of development. He assured the public that no one will have any difficulties because of the project and that everyone will get their due compensation.

He criticised the recently violence in Palakkad and stated that the State will go to any length to ensure secularism and that there will be no leniency towards the forces that are trying to divide the State in the name of religion.

A mandolin concert by Pandit Sughado Bhaduri, besides folk art forms, were the highlight of the evening.

The celebrations will be open from 10 a.m. to 9 p.m. till April 26. There will be a variety of cultural programmes every evening while the seminars will be the highlight of the afternoons.

Meanwhile, Bharatiya Janata Party activists staged a protest at the venue of the exhibition alleging that it was mere extravagance when the State was already debt-ridden. 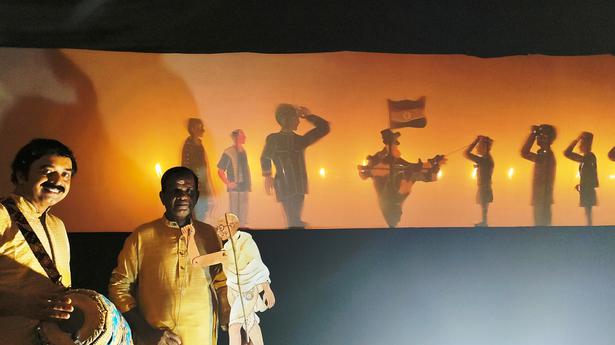 Efforts to take child protection activities to the grassroots