Will welcome the party if it ditched Congress, says Jayarajan

He told a television channel that the LDF would welcome the IUML into its fold if the party forsake the Congress. He also seemed to tantalise other UDF constituents by suggesting that the LDF intended to expand.

IUML leadership appeared not to rise to the bait. Party legislator M.K. Muneer told reporters in Wayanad that political expediency had prompted the CPI(M) to swallow its own words.

It had, till recently, accused the IUML of turning Islamist. “It is heartening to hear the CPI(M) reverse its stance”, Mr. Muneer said.

The LDF had earlier accused the IUML of wooing fundamentalist forces to its fold to stabilise its increasingly “shaky base” in North Kerala.

It had cited a newspaper article by a top IUML leader supporting the Turkey government’s decision to change the status of the Hagia Sofia from a historical museum to a mosque as indicative of the party’s “radical tilt”.

The LDF had also accused the IUML of accepting the “spiritual leadership” of the “fundamentalist” Jamaat-e-Islami.

IUML leader P. K. Kunhalikutty said the party was politically committed, and its alliance with the UDF would not waver.

Mr. Jayarajan also offered the Revolutionary Social Party (RSP) a hope of re-entry into the LDF. The party had lost its base after it aligned with the UDF, he said and added that the Nationalist Congress Kerala (NCK) legislator and UDF leader Mani C. Kappan was not anathema to the ruling front.

A principal UDF constituent, the Kerala Congress (M), had ditched the coalition and clambered onto the LDF bandwagon ahead of the 2021 Assembly elections. The LDF seemed poised to repeat the gambit to weaken the UDF further.

The Congress was yet to react to the LDF stratagem. However, Kerala Pradesh Congress Committee had flagged the CPI(M)’s attempt to engineer divisions in the UDF by persuading some “disgruntled and over-the-hill” leaders to defect to the LDF. 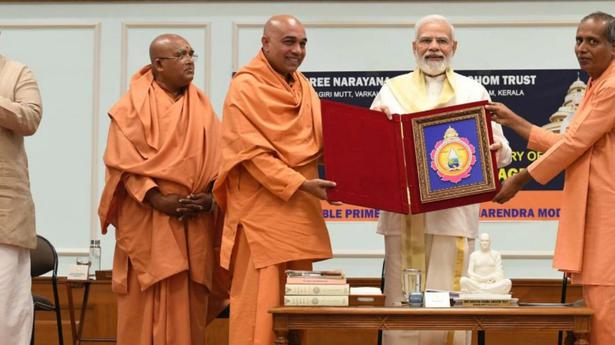