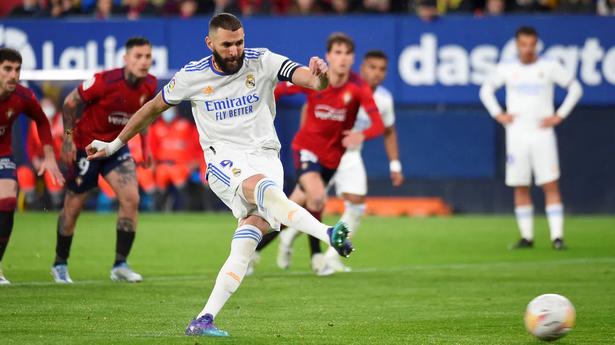 Real Madrid could clinch La Liga without playing if Barcelona, who have two games in hand, do not win on Thursday at Real Sociedad and on Sunday against Rayo Vallecano

Real Madrid could clinch La Liga without playing if Barcelona, who have two games in hand, do not win on Thursday at Real Sociedad and on Sunday against Rayo Vallecano

Real Madrid continued their march towards a 35th La Liga title as goals by David Alaba, Marco Asensio and Lucas Vazquez earned them a 3-1 win at Osasuna on Wednesday with Karim Benzema missing two penalties.

The victory means Real Madrid has 78 points and holds a 17-point lead at the top over closest rivals Atletico Madrid, who were held to a goalless draw by Granada earlier on Wednesday.

Barcelona in third and fourth-placed Sevilla are a point further back and both play on Thursday.

Real need just four more points from their last five games to be sure of the title but could clinch it without playing if Barca, who have two games in hand, do not win on Thursday at Real Sociedad and on Sunday against Rayo Vallecano.

Real coach Carlo Ancelotti decided to rest several of his usual starters like Casemiro, Luka Modric and Vinicius Jr as they prepare to face Manchester City in the first leg of their Champions League semi-final next Tuesday.

Alaba opened the scoring in the 12th minute, finishing with a close-range strike following a free kick but Osasuna equalised two minutes later as Ante Budimir scored after a counter-attack.

Real regained the lead when Asensio was in the right place at the right time to strike home a rebound from a Dani Ceballos shot inside the six-yard box just before the break.

The visitors, however, suffered an injury scare when celebrating Asensio’s goal as Alaba asked for medical attention for what looked like a muscle injury.

The Austrian defender was immediately substituted, but only as a precaution, according to Ancelotti.

“We are optimistic, it does not seem serious. It seems to be an overload in the adductor and we decided it was better to take him out from the game,” Ancelotti told Movistar Plus.

Benzema wasted two great opportunities to extend Real’s lead, missing two penalties in less than five minutes in the second half, with both saved by goalkeeper Sergio Herrera.

LaLiga’s top scorer this season with 25 goals went the same way with both penalties and Herrera made exactly the same save at full stretch to the bottom right corner.

It was not until the last move of the game when Real sealed the deal with Vazquez finishing a counter attack led by substitute Vinicius Jr.

“No worries, I am convinced that Benzema will score in the next game,” Ancelotti said.

“It was very good match by us, especially the second half. Now we have a week to prepare for Man City. I’m are very satisfied.” 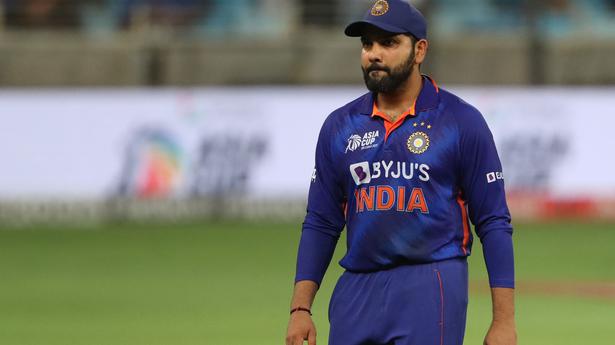 Asia Cup: We wanted to try out certain things: Rohit 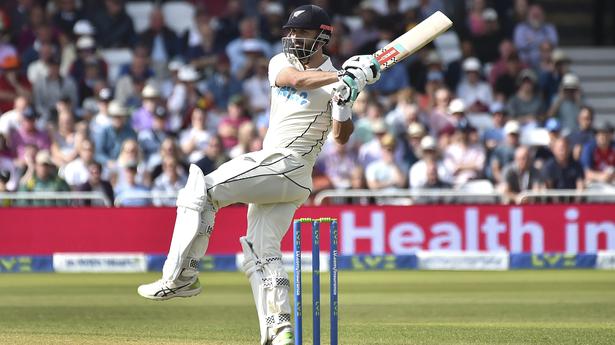