The KSEB Officers’ Association (KSEBOA) laid siege to the Vydyuthi Bhavan, the headquarters of the Kerala State Electricity Board (KSEB), at Pattom here on Tuesday as part of its indefinite stir against the management of the State power utility.

Although the KSEB management had refused to grant permission for the protest and had threatened disciplinary action, the pro-Left officers’ association had gone ahead with its protest.

Hundreds of KSEB officers surrounded the Vydyuthi Bhavan from 10 a.m. to 3 p.m., but other employees were not stopped from entering the building.

Inaugurating the siege, CITU State president Ananthalavattom Anandan said no institution could be taken forward if the employees were considered as enemies. The employees would not surrender before the vindictive actions of the management. Officers who took over as heads of institutions should first seek the help and assistance of the employees, Mr. Anandan said.

On Monday, the KSEB management had refused permission for the protest and threatened special disciplinary action against the participating officers for violation of Service Rules.

Stir to intensify from May 6

The KSEBOA would intensify its protests from May 16 if the management was unwilling to take steps to resolve issues, KSEBOA State president M.G. Suresh Kumar said.

From May 16, the KSEBOA would kick off an indefinite fast in front of the Vydyuthi Bhavan. In other KSEB offices, KSEBOA members would organise work-to-rule stir, confining themselves to duties prescribed in the rule book, the association said.

Between May 2 and May 14, two rallies will be held from Kasaragod to Thrissur, and from Ernakulam to Thiruvananthapuram. The rally will conclude in Thiruvananthapuram on May 14, marking the launch of the second stage of the KSEBOA stir.

Electricity Minister K. Krishnankutty will hold talks with the officers’ organisations of the Kerala State Electricity Board (KSEB) at 11 a.m. on Wednesday in connection with the ongoing stir by the KSEB Officers’ Association.

The meeting will be held on videoconference mode. Earlier, the Minister had taken the stand that the disputes should be settled inside the KSEB. Although the director board held talks with the KSEBOA on April 13, it remained inconclusive. 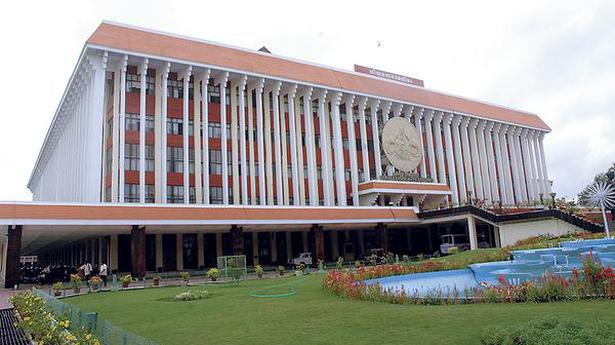 Kerala Assembly to meet from June 27