Raising concerns over the elopement of Joisna Joseph, a Christian girl from Theyyapara in Kozhikode, with M.S. Shejin, a Democratic Youth Federation of India leader who belongs to the Muslim community, the Catholic Church on Tuesday launched a scathing attack on the a Communist Party of India (Marxist) [CPI(M)] for its stance on the issue.

An editorial, ‘The questions that Kodencherry raises’, published in Deepika daily, which owes allegiance to the Church, asked the people to think why a few marriages are triggering controversies in a State where thousands of interfaith marriages take place.

“It is not just Christians who are concerned about interfaith marriages involving Muslim youths. All noble people belonging to the Hindu, Christian, and Muslim communities should think about the issue. Otherwise, innocent people in the Muslim community will be at the receiving end for the threat posed by Muslim extremist organisations. Instead of frightening the family of Joisna in the name of secularism and religious harmony, the doubts and mysteries that shroud the episode should be cleared,” read the article.

It further expressed concerns over the accusations by political parties, particularly the CPI(M), and a section of the media, about attempts to disrupt communal harmony in the State. “They have the right to air their opinion though it is not their children or siblings. But don’t the parents possess the right and freedom to ensure a safe future for their daughter,” it asked. Now, ‘classroom on wheels’ from KSRTC 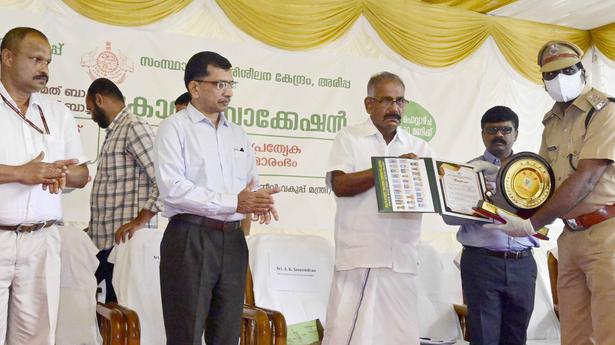 Focus on conservation of teak and sandalwood: Saseendran