A special squad of the Ernakulam Rural police on Thursday arrested the key accused in the case registered in connection with the smuggling of nearly 250 kg of ganja in a tanker lorry on Vishu day.

Nausher, aka Naushad, 41, of Chengamand is the second person to be arrested in the case, as the driver-cum-owner of the tanker lorry, Selvan of Usilampatti in Tamil Nadu, had already been arrested.

According to the police, Naushad had funded the smuggling of the consignment. “We have expanded the probe further, and a hunt is on for more accused in the case,” said K. Karthik, District Police Chief (Ernakulam Rural). The accused was produced in court and remanded.

Sustained surveillance had led to the seizure of nearly 250 kg of ganja smuggled in from the Andhra Pradesh-Odisha border in the guise of rice bran oil at Kuruppampady near Perumbavoor. The consignment was found concealed in over 100 tightly sealed packets in one of the five secret chambers built inside the tanker.

It was suspected that the consignment was smuggled in against multiple orders. Ganja is available at ₹2,000 to ₹3,000 a kg along the Andhra Pradesh-Odisha belt, and it could fetch anywhere between ₹25,000 and ₹30,000 in Kerala, while the margin could be even bigger when sold in smaller lots to retailers. It was also suspected that the accused in a previous ganja case was involved in this one too.

Reports also suggested that the consignment was perhaps being transported to Idukki. The possibility of rebranding it as ‘Idukki stuff’, which is known for its quality, was also not ruled out. 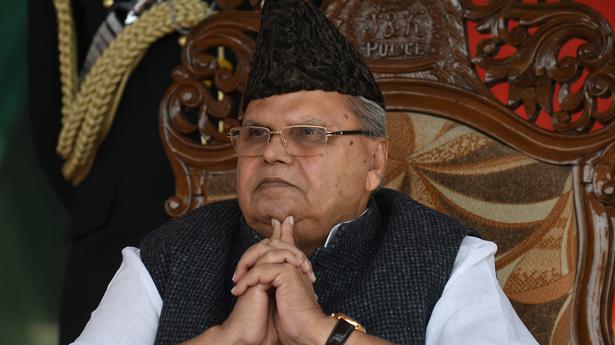 Satyapal Malik gets no extension, Brig. Mishra to take charge as Meghalaya Governor