Governor assures that issues related to port construction will be brought to attention of Centre, says vicar general

Governor assures that issues related to port construction will be brought to attention of Centre, says vicar general

A day after his outburst against the State government over a host of issues, Kerala Governor Arif Mohammed Khan on Wednesday held talks with the representatives of the fishermen striking against the Vizhinjam International Seaport.

Speaking to the media after the meeting, Eugene Pereira, vicar general of the Latin Archdiocese of Thiruvananthapuram which spearheads the strike, said the Governor has assured them that the issues related to the port construction would be brought to the attention of the Centre during his visit to New Delhi.

The protesters have given a representation to the Governor seeking his intervention to resolve the crisis and Mr. Khan has lent a patient ear to the issues of fishermen and the seven-point demands raised by them, said Mr. Pereira.

Mr. Khan also assured that necessary steps would be taken to invite the intervention of the Centre and he would visit the relief camps where the displaced fishermen were sheltered and would hold a discussion with them after his Delhi visit, said Mr. Pereira.

Meanwhile, the office of the Sub Divisional Magistrate directed the protesters to remove all illegal obstructions and protest sheds erected in front of the gate of the port construction site or to appear at the Sub Divisional Magistrate Court or the Revenue Divisional Office, Civil Station, Thiruvananthapuram, on September 30 at 11 a.m. and show cause as to why the order shall not be made absolute under Section 138 of the CrPC.

The order also stated that the District Collector mentioned that the protest run from the sheds erected in front of the seaport is a grave law and order issue and that the agitations have caused a grave threat to the life and property of not only the workers in the port area but also policemen and security personnel guarding the place.

These protest sheds have evidently become rallying points for miscreants who have damaged public property and disrupted the law and order situation by creating communal tensions, the order stated.

However, the protesters made clear that they would not remove the sheds until their demands are met. 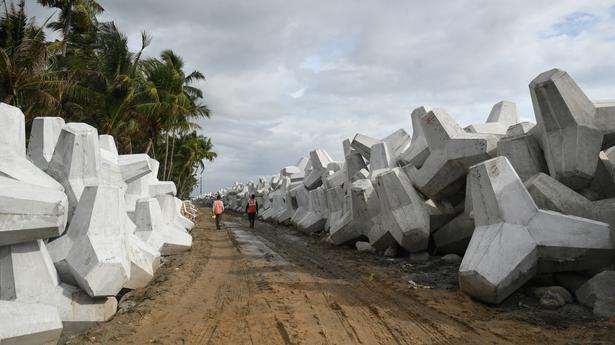