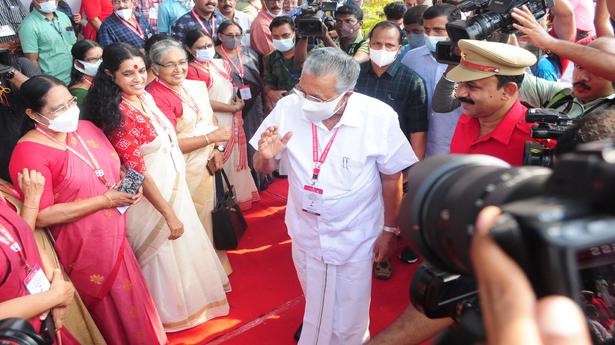 Into its first anniversary, the second Pinarayi Vijayan government has been drawing flak for its failure to tame militant trade unions accused of intimidating investors and business houses and dictating terms in public sector enterprises such as Kerala State Electricity Board (KSEB) and Kerala State Road Transport Corporation (KSRTC).

The face-off between KSEB chairman and managing director B. Ashok and the pro-CPI(M) KSEB Officers’ Association was no closer to being resolved though the management revoked the suspension of three of its leaders — State president M.G. Suresh Kumar, general secretary B. Harikumar and executive committee member Jasmine Banu.

Incidentally, two of them were transferred and one was denied promotion. The argument of the management is that the continuance of the three officers in Thiruvananthapuram may give them a chance to impede the inquiry pending against them.

Previously, the intervention of Centre of Indian Trade Unions (CITU) national secretary Elamaram Kareem did not help sort out the current impasse, which many believe is basically an ego clash between a haughty bureaucrat and an aggressive service organisation.

Meanwhile, the government, which is trying to wriggle itself out of multiple issues including the looming crisis in the State finances and the protests against SilverLine, the semi-high-speed rail project, has been earning bad press for more than a week.

This comes close on the heels of the Kerala State Transport Employees’ Union planning to go on an indefinite strike in front of KSRTC offices if its demands, including regular payment of salaries, restoration of pay cuts and reinstatement of employees who had worked under the defunct empanel system, were not met. Earlier, the Kerala High Court had ordered the termination of thousands of empanelled employees.

Last year, the bitter tussle between the Kitex Group and various government departments and subsequently its chairman and managing director Sabu M. Jacob flying in a private jet sent by Telangana government and the company announcing plans to invest ₹1,000 crore in an apparel park in Warangal had dented the image of the Left government.

It is high time the CPI(M) and the CITU leadership displayed a pragmatic approach towards public governance and took steps to stem the tide of trade union militancy.

Farmers in distress as another paddy season nears