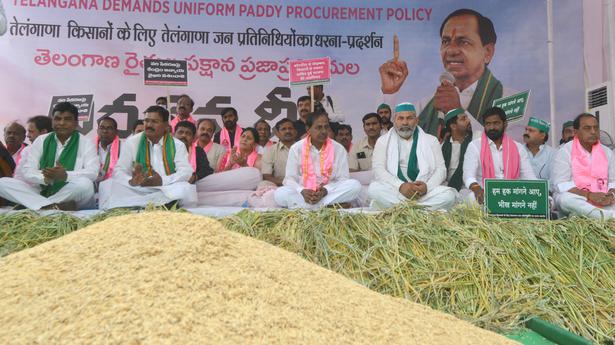 He was also critical of Union Food, Public Distribution and Consumer Affairs Minister Piyush Goyal whom he accused of insulting the Telangana farmers.

He was also critical of Union Food, Public Distribution and Consumer Affairs Minister Piyush Goyal whom he accused of insulting the Telangana farmers.

Prime Minister Narendra Modi should not forget that farmers tears have forced many government governments in the past, Telangana Chief Minister K Chandrashekar Rao said in Delhi. He was speaking at day-long dharna in Delhi where the entire state cabinet and all TRS lawmakers sat protesting against the union government’s alleged discriminatory paddy procurement policy.

The Centre has refused to procure paddy from Telangana this Rabi season reiterating its stand that it would only purchase raw rice and not parboiled rice which the majority of the state produces in this season.

He also laid down a 24-hour deadline for the Modi government to resolve the stalemate and threatened to take the protest across the country if the government failed to respond.

Was it a crime to grow paddy, Mr. Rao asked. “I want to caution Prime Minister Modi from playing with the emotions of a farmer. He should remember that whenever a farmer is forced to shed tear the government has always been pushed out of power,” he added. The dharna was also attended by Bharatiya Kisan Union leader Rakesh Tikait.

Mr. Rao who has been lobbying to construct an anti-BJP front sans the Congress also asserted that he will bring together every non-BJP party together to fight for legal backing for Minimum Support Price. He also said that while he in Delhi on Monday only to speak on the paddy issue, he will be back soon to talk to the opposition parties on Presidential Elections.

Declaring an all-out war with the BJP-led union government he said, “Mightier governments than theirs have been ousted. Hitler and Mussolini have gone… are they here to rule for 1000 years? Why such arrogance?”

Mr. Rao also accused the union government of misusing the central agencies to harass the opposition.

He was equally critical of Union Minister for Food and Consumer Affairs Piyush Goyal accusing Mr. Goyal of misbehaving and insulting the Telangana ministers who have had several rounds of meetings with him.

” I am not sure that he understands the ground realities of different states,” he added. Mr. Rao said, that the production patterns have changed in the state because of policies of his government including providing 24-hour free electricity to farmers. “Why are you so arrogant,” Mr. Rao said referring to the union government. He said, instead of appreciating the Telangana farmers for exponentially increasing the produce, the Modi-government seeks to insult them.

He urged the PM Modi to bring a new agricultural policy taking into account the realities of different states. He also slammed the BJP leaders including cabinet minister G Kishen Reddy who when the state government was trying to dissuade the farmers from growing paddy was encouraging them to do just that. An audio recording of Mr. Reddy’s speech was also played at the dharna. “Mr. Reddy said that every grain will be brought by the union government. Now where is he? He is absconding,” 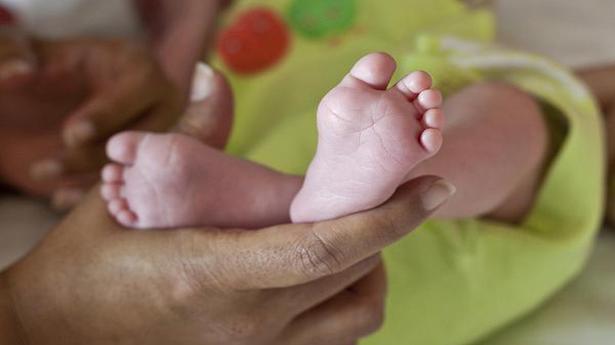