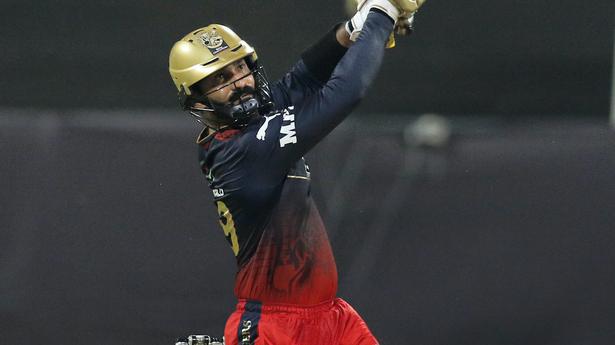 There were apprehensions whether the IPL fixture between Delhi Capitals and Royal Challengers Bangalore would go ahead after the COVID-19 scare in the Delhi camp.

Karthik and Shahbaz Ahmed combined for an unbeaten 97-run stand for the sixth wicket and smashed 74 in the last five overs to power the team to a competitive total. Capitals got off to a brisk start with David Warner (66, 38b, 4×4, 5×6) and Prithvi Shaw bringing up 50 runs inside five overs before Mohammed Siraj dismissed Shaw.

Warner was his aggressive self before he was trapped in front by Wanindu Hasaranga while attempting a switch hit. Playing his first game of the season, Mitchell Marsh had a forgettable outing, crawling to a 24-ball 14 before being run out. Skipper Rishabh Pant kept the chase going with a 17-ball 34 (3×4, 2×6). However, Capitals lost the plot once Virat Kohli’s stunning catch ended Pant’s stay. The team eventually finished at 173 for seven.

Earlier, Royal Challengers lost openers Anuj Rawat and Faf du Plessis inside the first three overs with just 13 on the board. The onus was on Maxwell and Kohli to rebuild the innings, but that stand did not last long. Just after the Australian hit a couple of boundaries off Mustafizur Rahman in the sixth over, a direct throw from Lalit Yadav saw Kohli depart for 12.

Maxwell continued to prosper, hitting 23 off Kuldeep Yadav’s first over (two sixes and two fours) before offering an easy catch to Lalit at long-on.

After Maxwell’s exit, Royal Challengers’ in-form pair of Karthik and Shahbaz Ahmed (32 n.o., 21b, 3×4, 1×6) stepped up. Karthik went hammer and tongs at the Capitals bowlers. In the 18th over, bowled by Mustafizur, Karthik amassed 28 runs, hitting four fours and two sixes. Off the next over, delivered by Shardul Thakur, Karthik was given out lbw by the on-field umpire only for it to be overturned.

Karthik hit the next ball out of the park as the momentum shifted RCB’s way. 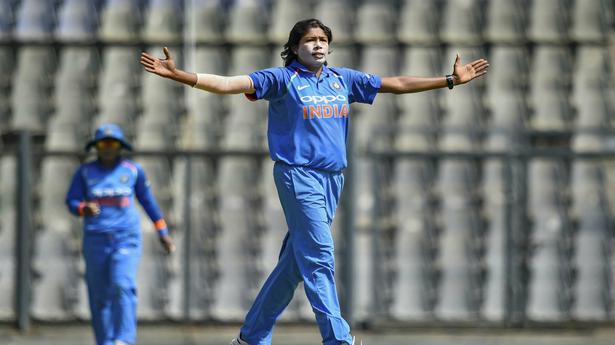