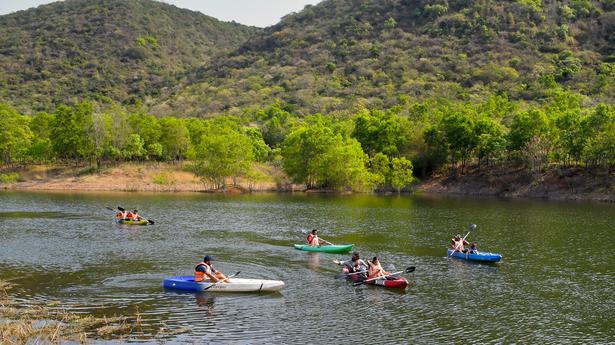 Enveloped in a cocoon of greens, the Kambalakonda Eco Tourism Park is buzzing with action after a long pandemic-induced gap

Enveloped in a cocoon of green, the Kambalakonda Eco Tourism Park is buzzing with action after a long pandemic-induced gap

The piercing call of a cuckoo echoes through the trees. Behind the thick bushes on the sides, a spotted deer looks startled, licking its lips and twitching its ears. A little ahead, the dusty pathway along the forested area leads to a waterbody surrounded by undulating hills. Here, a few kayaks wobble on still waters before getting into a rhythm. Half an hour into the waters, the kayakers step out to walk into the adventure sports zone for some adrenaline rush at the Burma bridge and zip-liner.

Enveloped in green, Kambalakonda Eco Tourism Park is buzzing with action after a long pandemic-induced gap. Close to the city, the eco tourism park is part of the Kambalakonda Wildlife Sanctuary spread over 7,100 hectares. While boating, trekking and adventure sports have begun in full swing at the park, the AP Forest Department has initiated a project to map the faunal species of the forest area. About 75 cameras have been placed across the sanctuary recently in a camera trapping exercise. “The forest is rich in diverse species indicated in previous records like wild dogs, pangolins and leopards, herpetofauna (reptiles and amphibians) as well as resident and migratory bird species. In a month’s time, we will be able to assess the data and make a list of species,” says Anant Shankar, District Forest Officer. For the exercise, the forest has been divided into grids, each measuring one kilometre in length and one kilometre in width. A camera is placed in each grid for monitoring of wildlife.

Kambalakonda’s evergreen, deciduous forest supports a wide variety of flora and fauna and has been under the control of the AP Forest Department since 1970. In 2002, it was declared a wildlife sanctuary by the Ministry of Environment and Forests (MOEF), following which the Kambalakonda Eco Tourism Park was developed. About 20 people from the village of Sambhuvanipalem located within the forest area are employed by the forest department to manage the eco-tourism park that is restricted to 37 hectares.

A herbal garden, wetland rejuvenation, fencing of the forest boundary and renovation of a training centre are some of the plans being undertaken by the AP Forest Department to enhance visitor experience in Kambalakonda. “We also plan to showcase the native plant species by developing a herbal garden. The plan is in a proposal stage at present,” adds Shankar. One of the bigger challenges currently before the forest department is to address the issue of invasive plant species engulfing the native species. “The forest area has a wide presence of Acacia auriculiformis, which is an exotic species and invasive in nature. This species is likely to have been introduced to the region many decades ago and is affecting the growth of several native plant species. We are devising ways to weed out this species, but it is a big task,” he says.

A dabchick enjoying a swim at the pond at Kambalakonda Eco-Tourism Park
| Photo Credit: K.R. Deepak

Measures are being taken to fence the forest boundary too as last year, a sambar deer was killed after it strayed into the National Highway and collided with a moving vehicle.

But paucity of funds has been delaying many proposals and projects aimed at improving the precious ecosystem of the forest; the forest department now plans to reach out to corporates to support the projects under corporate social responsibility initiatives.

Over the past couple of months, adventure sports activities and tourism have picked up in the region after the easing of travel restrictions and Kambalakonda has been getting a steady flow of visitors. According to Livein Adventures, the firm that manages the adventure sports zone in Kambalakonda, corporate team building workshops have also started coming in over the past few months.

“The waterbody inside the forest is brimming this summer, thanks to the rains. And this has brought in more people for kayaking and boating,” says B Satyanarayana Naidu of Livein Adventures.

Whether it’s a morning paddle through the silence of dawn before the hustle of a busy day, or a mid-afternoon quick retreat from the world, kayaking in the waters of Kambalakonda surrounded by the green carpet of the Eastern Ghats can be a meditative experience. The waters host species like dabchicks, whom you can spot ducking their heads into the water and popping up the next moment in another corner. “It was a calming experience to kayak here as there are no waves like the Bay of Bengal,” says Raul Ravi, who came for early morning kayaking at Kambalakonda.

A chameleon that was spotted at the Kambalakonda Eco-Tourism Park
| Photo Credit: K.R. Deepak

The forest supports nearly 150 species of birds such as lapwing, bee-eaters, flycatchers and magnificent raptors like white-bellied sea eagles. While winter months are a good time to go birdwatching, an early morning trek through the three kilometre trail in the forest can spring up many surprises. The forest has two other trek routes — 10 kilometre-route and a 600-metre shortest route.

A bulbul takes a plunge into the water to beat the heat at at the Kambalakonda Wildlife Sanctuary in Visakhapatnam
| Photo Credit: K.R. Deepak

Rappelling, Burma bridge, zipline and tyre walk are some of the activities of the adventure zone that make the place lively. If you are brave enough to open your eyes at high-speed, the view from the 75-metre-long zipline and Burma bridge at a height of 40 metres from the ground can give you panoramic views of the forest. Rappelling is done on request from a rocky hill in the forest and can be an exhilarating experience descending from the top into a carpet of green below. 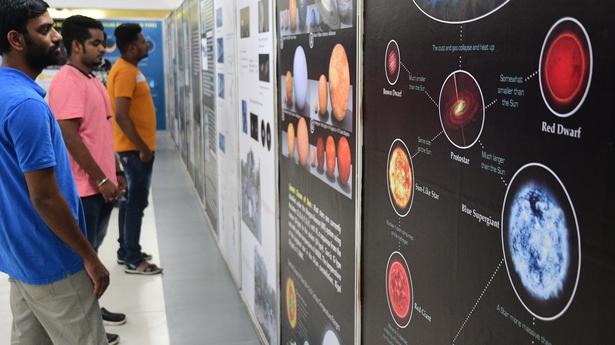 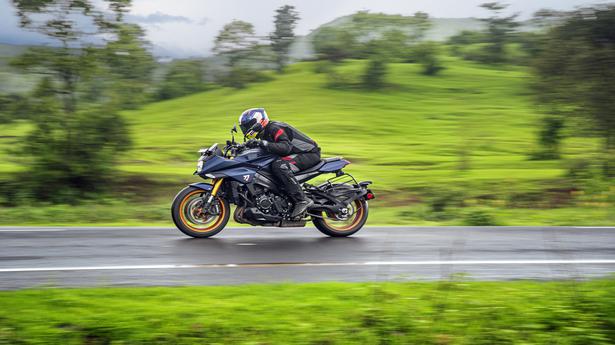