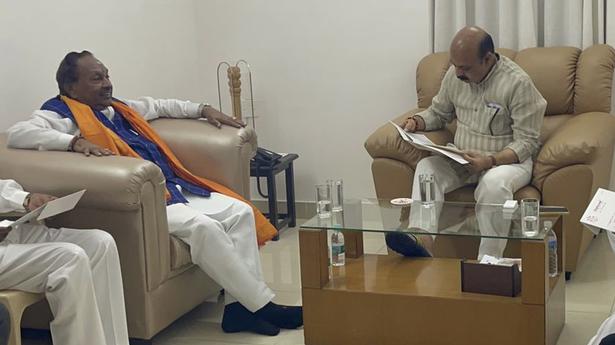 Like Yediyurappa, Eshwarappa too might hand over the political baton to his son in the 2023 Assembly elections

Like Yediyurappa, Eshwarappa too might hand over the political baton to his son in the 2023 Assembly elections

BJP’s veteran leader and five-time MLA K.S. Eshwarappa, who resigned from the Cabinet on Friday, has been toeing Hindutva hardline for the last three decades of public life. While he has held several positions in the party and in the government, he has also been known for constantly courting controversies.

A protégé of BJP veterans Mr. Yediyurappa and D.H. Shankaramurthy, Mr. Eshwarappa is credited with contributing for the growth of the party in the State, particularly in Shivamogga. Known for not mincing words, he opposed “politics of dynasty”’ when Mr. Yediyurappa allowed his son B.Y. Raghavendra to contest the Lok Sabha elections.

He was actively associated with the ABVP during his student days in Shivamogga and began his public life as an activist of the RSS. He was also involved with the erstwhile Bharatiya Jana Sangh and was arrested during the Emergency. Mr. Eshwarappa entered the Legislative Assembly for the first time in 1989. In 1992, he became president of the State unit of the BJP and was instrumental in his party’s reasonably good performance in the 1994 Assembly elections. In January 2010, he again became the State BJP president after resigning as Minister.

In a controversial move, in 2016, he launched the Rayanna Brigade, an outfit to mobilise the Ahinda to counter Congress leader Siddaramaiah. He was later forced to drop the project, apparently following the party high command diktat. Mr. Eshwarappa has been the BJP’s Kuruba face, a prominent backward community in the State to which Mr. Siddaramaiah also belongs. On several occasions, both the leaders have had verbal duels on many issues.

During three decades of his public life, the BJP leader has been surrounded by many controversies and even corruption allegations.

In December 2012, Lokayukta sleuths found a currency counting machine at his residence. Now again, Mr. Eshwarappa has been accused of seeking “40% commission” in work bill payments, which allegedly drove contractor Santosh Patil to end his life and forced the leader to resign.

In 2015, as the Leader of the Opposition in the Legislative Council, he sparked off a controversy over an insensitive remark about rape while replying to a woman journalist. In 2021, Mr. Eshwarappa publicly accused the family of then Chief Minister Mr. Yediyurappa of interfering in his (RDPR) department. He claimed that all projects of the department were being cleared by the Chief Minister’s office. In an unprecedented move, he met then Governor Vajubahi R. Vala and complained against Mr. Yediyurappa.

In February this year, he triggered another controversy when Bajrang Dal activist Harsha was murdered in Shivamogga. Even before the probe begin, he alleged “Muslim goondas” were involved in the murder. In the backdrop of the hijab issue, he again stoked controversy by stating that one day in the future the saffron flag (Bhagwa dwaja) would be hoisted on the Red Fort.

Though Mr. Eshwarappa expressed confidence of coming out clean from the corruption charges, his tenure as the RDPR Minister since 2019 could be his last ministerial post. Like Mr. Yediyurappa, he could possibly hand over the political baton to his son in the 2023 Assembly elections. 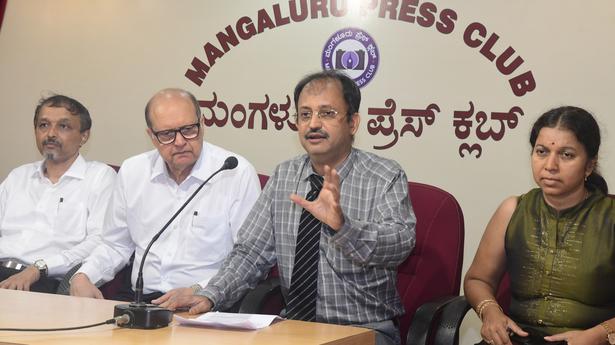 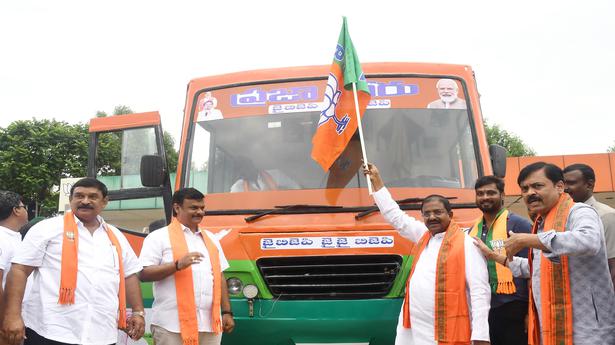