Asserting that Jammu and Kashmir’s security situation is much better than before, DGP Dilbag Singh on Tuesday said militants are being “neutralised” within the shortest possible time of committing an act of terror.

Terror groups and their handlers in Pakistan are hurt by the peaceful atmosphere in Jammu and Kashmir which is evident from the increased attempts to smuggle weapons from across the border and replacing local stooges with Pakistani terrorists, he said.

“The security situation is far better than before and counter-insurgency operations are being carried out successfully on a daily basis. There is no doubt that terror elements are doing their actions but those involved in such attacks are being identified and neutralised soon,” the Director General of Police (DGP) told reporters at Palli village in Samba district.

Lt Governor Manoj Sinha along with the police chief visited Palli panchayat, the venue of Prime Minister Narendra Modi’s visit on National Panchayat Day on April 24, to oversee the arrangements.

Asked about the recent spurt in terror attacks, including the latest killing of a Railway Protection Force (RPF) personnel in south Kashmir’s Pulwama district and owning of the attack by two terror groups, he said, they are all basically Lashar-e-Taiba (LeT) affiliates who are indulging in such activities on the directions from their handlers across the border.

“It is like mushroom growth in the rainy season. Such types of groups have no existence on ground and one action is claimed by four groups. We are alive to the situation and those actually involved are being identified and we are hopeful of neutralising them soon,” he said.

The DGP said police had got “solid clues” with regard to Monday’s attack on RPF personnel and those involved in the incident will be brought to justice soon.

He referred to the recent killing of two Pakistani terrorists involved in an attack on CRPF party in Srinagar and said, “When local stooges fail, they are replaced by Pakistani terrorists who are given fake Aadaar cards (to move freely). Both the terrorists were killed within seven days after they attacked the CRPF personnel in the city.” Mr. Singh said the terrorists are assigning the job of attacking a soft target to new recruits.

“The new recruit is allowed to join only after he carries out an action to ensure that he does not come out of their net,” Singh said.

He said police will give a befitting reply to any “cowardly act” being carried out by the terrorists.

Asked whether the terrorists want to instil fear ahead of Amarnath yatra, which is scheduled to begin on June 30, Mr. Singh said, “All necessary preparations are being made for the annual pilgrimage for its success.” “As I said, the situation is getting better with each passing day much to the dislike of the terror groups and their handlers who do not want peace. We are carrying out counter-terrorism operations to neutralise all such groups. They are being identified and neutralised within the shortest possible time,” he said.

On the recovery of a consignment of arms and ammunition from Kupwara district of north Kashmir on Tuesday morning, the DGP said Pakistan is trying to smuggle more weapons but a number of such attempts were foiled by the security forces both in Jammu and Kashmir divisions.

“They are sending every type of weapon like AK, pistols and grenades. Pistol-bound terrorists mostly carry out attacks in the city and our effort is to bust all terror modules and seize the smuggled weapons,” he said.

About a bomb hoax call leading to the search of a Delhi-bound flight at Srinagar airport on Monday, Mr. Singh said investigation is on to know the motive and the purpose behind the call.

“The committee looking after Airport security investigated the matter yesterday. It was a non-specific call but the security procedure was followed at the airport,” he said.

The location from where the call was made has been identified and further investigation is on, he added. 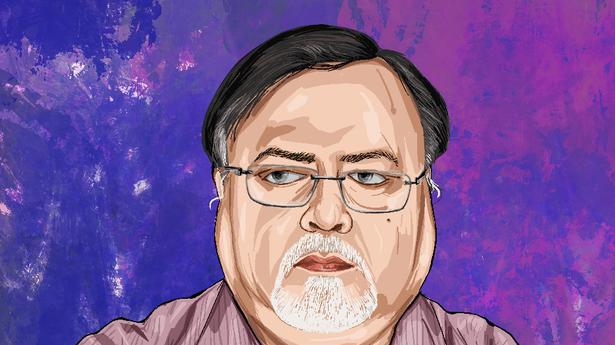 Partha Chatterjee | The fall of a heavyweight