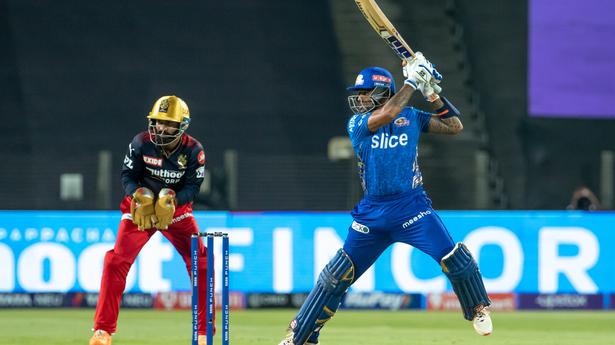 Mumbai Indians’ season of woes just got a tad worse after the five-time champions followed another high-profile team Chennai Super Kings to lose their fourth match on the bounce as Royal Challengers Bangalore cantered to an easy seven-wicket win in an IPL match on April 9.

It was Suryakumar Yadav’s unbeaten 68 that gave Mumbai Indians a respectable total of 151 for 6 but that was never going to be enough as young Anuj Rawat (66 off 47 balls) struck his maiden IPL fifty, anchoring the team to the target in just 18.3 overs.

He had two fifty plus partnerships — 50 for opening stand with skipper Faf du Plessis (16) and 80 with former skipper and his West Delhi Cricket Academy senior Virat Kohli (48 off 36 balls) for the second wicket to seal the issue.

Rawat scored at a decent strike-rate if not rollicking one and had two fours and six maximums in his kitty.

Mumbai Indians are currently last in the table of 10 teams because of inferior net run-rate compared to CSK but the road towards redemption is becoming difficult with every passing match.

Whether it is skipper Rohit’s lean patch or a poor sentimental call by the MI management to retain a non-performing asset like Kieron Pollard for one season too many, there are too many loopholes that needs plugging.

The next set of young batters are getting ready but the current attack with Murugan Ashwin, Basil Thampi and Jaydev Unadkat bowling at least 12 out of 20 overs, doesn’t give the confidence that it can actually become a side in contention for a silverware.

If MI is in a mess, it is because of the decisions taken before and during the auction. Retaining Pollard and letting all-rounder Hardik Pandya go is coming back to haunt them. So is the decision to not bid aggressively for the likes of Krunal Pandya or Trent Boult or for that matter Rahul Chahar.

For RCB, Harshal Patel (2/23 in 4 overs) was brilliant with his variations as most of the MI batters had no idea about his slower deliveries, which were primarily off-cutters with occasional loopy block-hole balls that drifted.

MI were 50 for no loss after Powerplay but in the next four overs lost as many as five wickets to become 62 for five and subsequently 79 for six before Suryakumar (5×4, 6×6) with his 15th IPL fifty, took them to a decent total.

For Rohit (26 off 15 balls), this IPL so far has been about playing some breathtaking shots but not getting a big score as he raced to 26 before Harshal’s slow off-cutter did the trick.

The Indian skipper after having hit four fours and a pulled six couldn’t check his stroke with the bowler taking a smart return catch.

Playing the second fiddle, Kishan’s (26 off 28 balls) attempt to use the pace of Bengal speedster Akash Deep in his bid to play the ramp shot became his undoing as he was caught in the third man region.

Dewald Brevis (8 off 11 balls) found it difficult to negotiate the wrist spin of Wanindu Hasaranga (2/28 in 4 overs) and was rapped on the back-pad.

Tilak Verma had his first real failure due to miscommunication with Pollard which resulted in a run-out and the big West Indian then got fooled by a Hasaranga googly.

Rookie Ramandeep Singh then dangled his bat at a wide slower from Harshal to end his 12-ball stay.

Harshal cleverly changed his arm speed regularly which deceived the batters as the balls started drifting.

A slog swept six over deep mid-wicket off Hasaranga and a near 100-metre slog flick off Mohammed Siraj (4-0-51-0) were absolute treat for the eyes as Suryakumar followed it up with a ramped six as 23 came off the penultimate over. 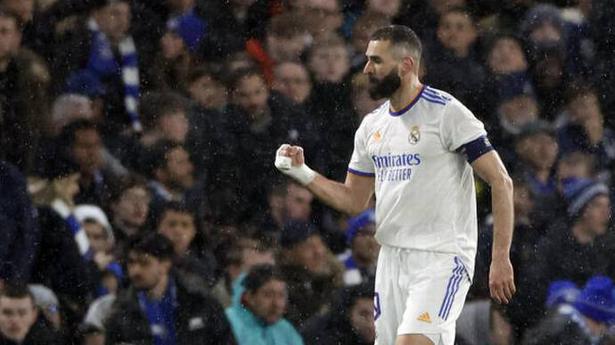 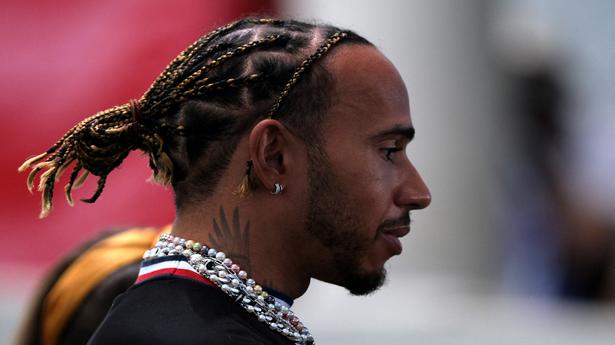