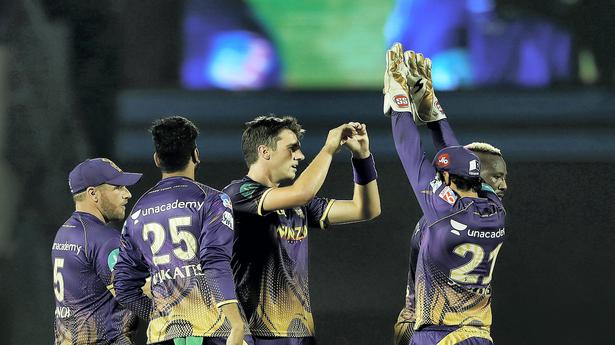 Their confidence severely dented after two comprehensive defeats on the trot, last edition’s runner-up side Kolkata Knight Riders would seek to get their inconsistent campaign back on track when they face Rajasthan Royals in an IPL match in Mumbai on Monday.

KKR were beaten by Delhi Capitals and Sunrisers Hyderabad by 44 runs and seven wickets respectively in their last two matches. They had earlier lost to Royal Challengers Bangalore.

KKR had an impressive start to the league with three wins from four matches but the back-to-back losses had taken them down below the top-4 and they would look to regain that slot.

But to do that they will have to pull themselves up in both batting and bowling. None of the batters, except for Andre Russell, has been consistent so far while the likes of spinner Varun Chakravarthy and pacer Pat Cummins have dished out average performances.

Russell is the current top-scorer for KKR with 179 runs from six matches and has also contributed with five wickets with the ball.

Captain Shreyas lyer has not been in the best of form with just one half-century in his name for a total of 151 runs in six matches, Nitesh Rana and Venkatesh Iyer have been lacking in consistency, while Sam Billings is struggling to get runs.

In the bowling department, none, except pacer Umesh Yadav (10 wickets from 6 matches) has been up to expectations.

Australia Test captain Cummins, who joined late due to national commitment, also need to step up and do better than his current figures of three wickets from as many matches.

The Royals, on the other hand, will start as favourites in Monday’s match with the tournament’s highest run-getter and wicket-taker in their ranks in Jos Buttler and Yuzvendra Chahal.

Chahal has been in top form with 12 wickets from five matches, also with a fine economy of 6.80 and he would fancy to add more scalps to his name, especially against a struggling KKR batting unit.

Veteran New Zealand pacer Trent Boult (7 wickets from 4 matches) is the other Royals bowler who has been doing well.

But senior India spinner Ravichandran Ashwin is terribly out of form. He picked up just one wicket from five matches while conceding 143 runs and it remains to be seen how long the team management will persist with him.

The Royals, however, have not fired as a batting unit with the likes of captain Sanju Samson (117 from 5 matches) and the hugely talented Devdutt Padikkal (114 from 5 matches) failing to click so far.

Their batting has revolved mainly around Buttler, who has set the IPL on fire with 272 runs from five matches with one hundred and two fifties.

Shimron Hetmyer has been the only other Royals batter who has done well so far with 197 runs from five matches with the help of one half-century. 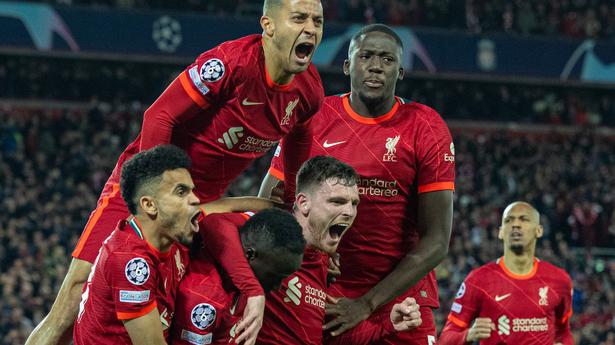 Is resurgent Napoli the real deal?