India is likely to face more power cuts this year as utilities’ coal inventories are at the lowest pre-summer levels in at least nine years and electricity demand is expected to rise at the fastest pace in at least 38 years, officials and analysts say.

Power cuts could stifle industrial activity in Asia’s third-largest economy, just when economic activity was starting to recover after months of COVID-related lockdowns.

The shortage of electricity as a percentage of demand has shot up to 1.4% over the last week, a Reuters analysis of government data showed, higher than the 1% deficit in October, when India last faced a serious coal shortage, and the 0.5% shortfall in March.

The southern state of Andhra Pradesh, home to plants operated by automakers such as Kia Motors and drug manufacturers including Pfizer, is facing an electricity deficit of 8.7%, the data showed, pushing it to resort to widespread power cuts.

Coal inventories at power plants had an average stock of nine days at the beginning of this financial year starting April 1, the lowest since at least 2014. Federal guidelines recommend power plants to have at least 24 days of stock on average.

“The problem is, even after Coal India and the Coal Ministry kept asking power plants to stock up, the utilities kept reducing their inventories,” said Rajiv Agarwal, secretary general of the Indian Captive Power Producers Association.

Facor Alloys Ltd., a producer of ferrochrome which is used in manufacturing stainless steel, said on Monday it was reducing output by 50% due to the power cuts in Andhra Pradesh.

Industrial states such as Gujarat and Maharashtra have resorted to load shedding, officials said, with government data showing eastern states such as Jharkhand and Bihar, and Haryana and Uttarakhand in the north reporting power shortages of more than 3% each.

“A commensurate increase in electricity generation to meet the increased demand is unlikely, limited by the availability of coal,” Fitch Ratings said in a note on Thursday.

Coal accounts for close to 75% of India’s power output.

A shortage of trains to deliver coal to power plants is also exacerbating the supply crisis. The number of trains committed by the Indian Railways per day is 415, 8.4% lower than the 453 required by the utilities.

The actual number of trains available from April 1-6 was 379 per day, 16% lower than required, the minutes of a meeting held between the Power and Coal Ministries last week reviewed by Reuters showed.

India’s power demand is expected to soar in summer, with weather officials forecasting maximum temperatures above normal in April in many northern and central regions.

“An unprecedented change in weather has resulted in peak demand shooting up after midnight due to soaring air-conditioning use,” said Harry Dhaul, director general of the Independent Power Producers Association of India.

Total power output is seen surging 15.2% during the year ended March 2023, a federal Power Ministry note reviewed by Reuters showed, with demand set to rise at the fastest pace in at least 38 years.

That will likely push coal-fired power generation up by 17.6%, according to the note.

Higher power demand this year has already forced India to cut coal supplies to the non-power sector, despite record production and supply by Coal India Ltd, which produces in excess of 80% of India’s coal.

Coal India is targeting a 4.6% increase in supply to utilities to 565 million tonnes this financial year to avert a shortage, another Power Ministry note showed.

But the power demand growth forecast has pushed the Power Ministry to ask utilities to increase coal imports for blending to 36 million tonnes, the highest in at least six years.

The move could add to the financial woes of debt-laden power distributors, as global coal prices are trading at steep premiums to average levels in 2021 due to the Russia-Ukraine crisis. 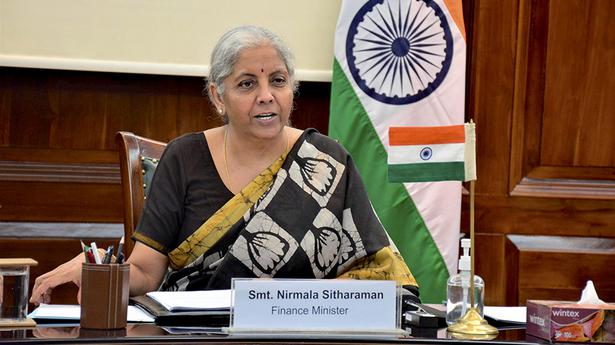